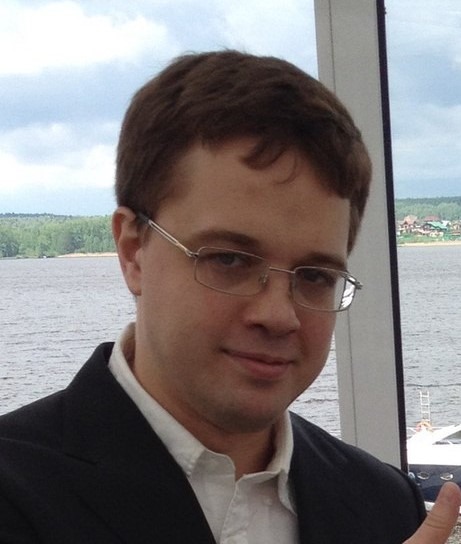 With additional minor courses in Sound Engineering, Psychology and Film and media Composition

I make my living scoring for films, arranging songs and teaching composition

I enjoy going to the gym, practicing hatha yoga, jogging, and psychology 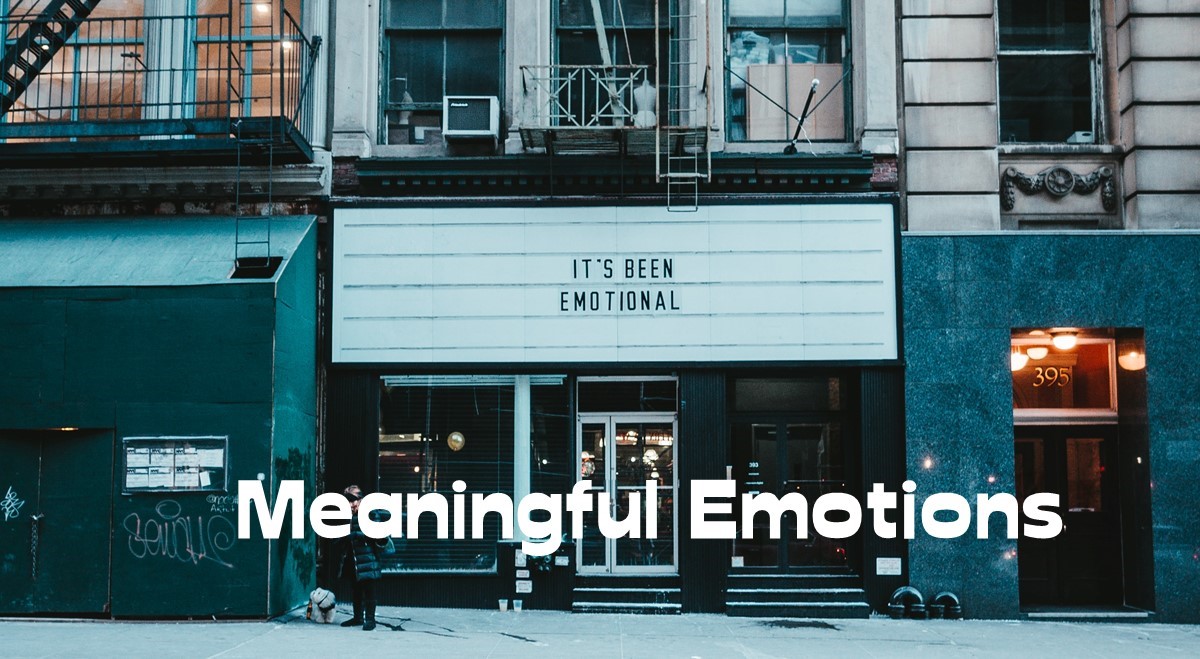 Tchaikovsky – Dubovik – Reminiscences of the Waltz of the Flowers 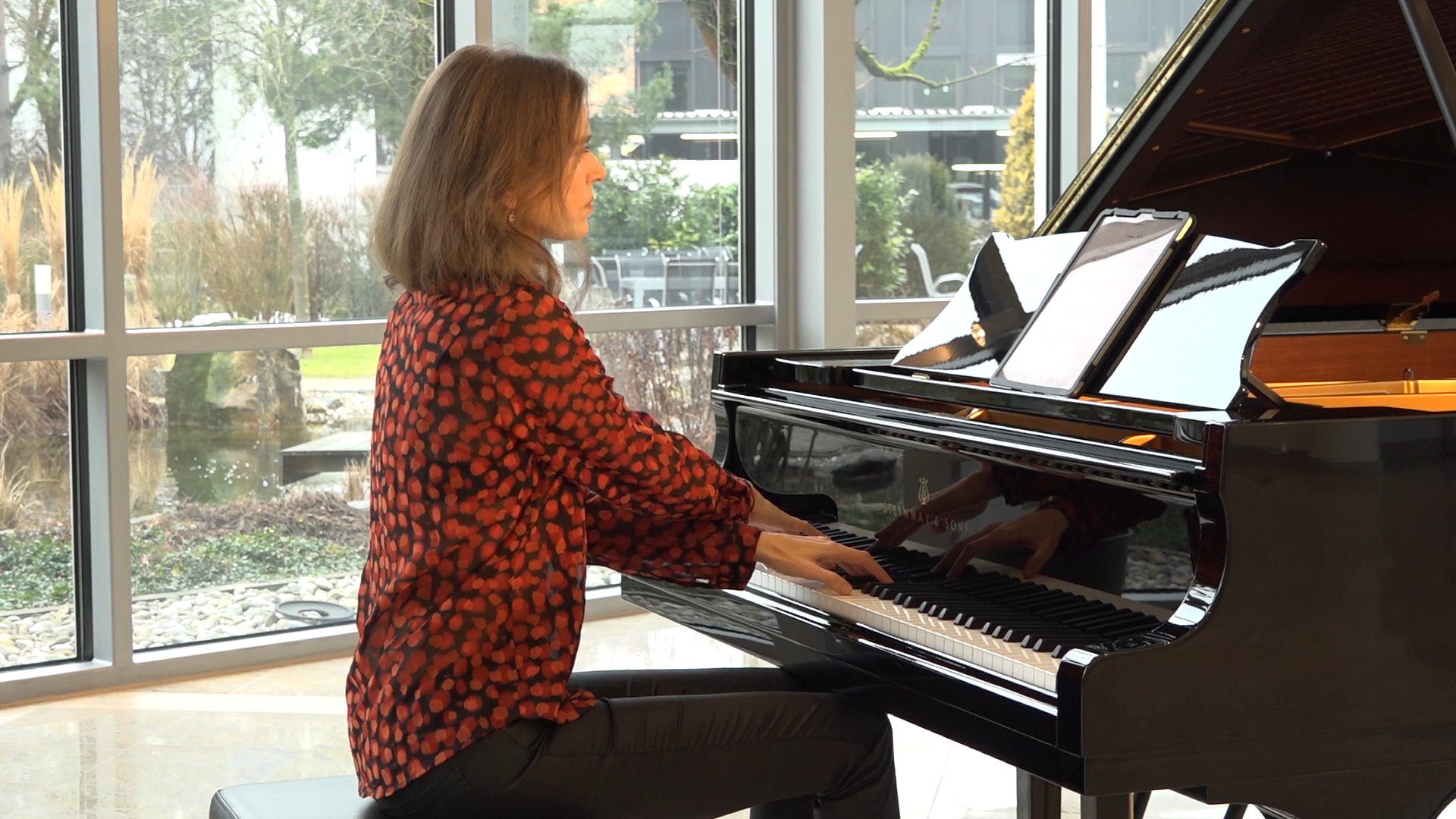 Well, for me music is first of all a creative process and a means to stay in touch with myself and with reality around me. It embraces such things as being attentive to other people, my fellow-musicians and the music of the past and present; having some discipline in life, i.e. maintaining my body and mind in a good state. I also like to personify music: it’s one of my best friends. Sometimes it comes to me sad and melancholic, sometimes energetic and positive, but regardless of it’s current mood it’s always welcome and I keep my doors open.

I think music starts from some idea, which you then develop. And you certainly need to have imagination to produce ideas, but this is only a first step. Music is both art and science to me, and fantasy plays an important, but not an exceptional role.

At different times in my life I had a different answer to that question! It would vary from being an interpreter, a psychologist, a chess player to a hatha-yoga teacher. These things are among my favourite hobbies now.

I am aware of those concerns, but personally I’m not worried. Music is a living body, and some of it’s parts are getting old and some are new-born. I think Bach, Mozart and Beethoven would always be relevant and on the other hand nowadays there’s such an interesting contemporary music scene!

Hmm... I’ve been thinking about this question for half an hour already :) I don’t like the word „role“ that much, for I believe music is a free thing and I don’t feel like tagging music to having some role. Some might say “the role of music is to educate“, or „the role of music is to entertain“ - I don’t see it that way. People differ and so does music, people change and... you got it :) As an art form music has an ability to express what is important for people here and now. I think contemporary musicians through their art are contributing to a more open, free and mindful world.

This is mostly about exploring new means of communication to me. I think MOVING CLASSICS TV is a great example! As well as the usage of all kinds of digital platforms for music promotion. I’m following a number of classical music channels on Youtube, and I’m subscribed to a nice channel with a New Disco Music on Telegram! All that works very well!

For me creative process can be split into 2 parts: artistic part and production part. At an artistic level I attune to an upcoming idea and shape the form in general. And at a producing level my aim is to get to my computer and write a score from what I already have. My favourite piece is usually the last one, for which I had enough time and didn’t have to rush :) The recent one is my orchestral tribute to Glinka and Sviridov, which was a part of my orchestration exam. I was given first 8 bars of the melody line, played it on piano and the 1st violins started playing in my head. From that moment it was quite obvious to me, what kind of music it would be. Here’s the link on SoundCloud for those who is interested in the result:


Can you give some advice for young people who want to discover classical music for themselves?

The #1 advise would be - listen to The Greats! I also find it very important to make a research and find out what composers do you personally like. I can say about myself that although I started playing classical music in my childhood, my first love in music was jazz, then I got to listening to romantic music (I loved Schumann, Mendelsohn and Rachmaninov very much, maybe just a little less - Chopin and Tchaikovsky) and so I developed my taste further. I would also mention that for some time I didn’t quite like Mozart for his seeming „naivity“ and Beethoven for being „too heavy and agressive“, and only after a while, especially when I started composing orchestral music by myself, I have discovered the real treasures in their scores. I think all that is quite normal.

When this is commercial composition - surely, yes. When I do it for myself - nope.

I’m about to start writing music for a documentary, which is a graduate project of two young film directors, who are friends of mine. As for experiments, when this is a collaborate work, you’re always limited somehow. I try to stay open-minded and to use new sounds in my work, making technology updates to my composition workflow. This is a very interesting process!