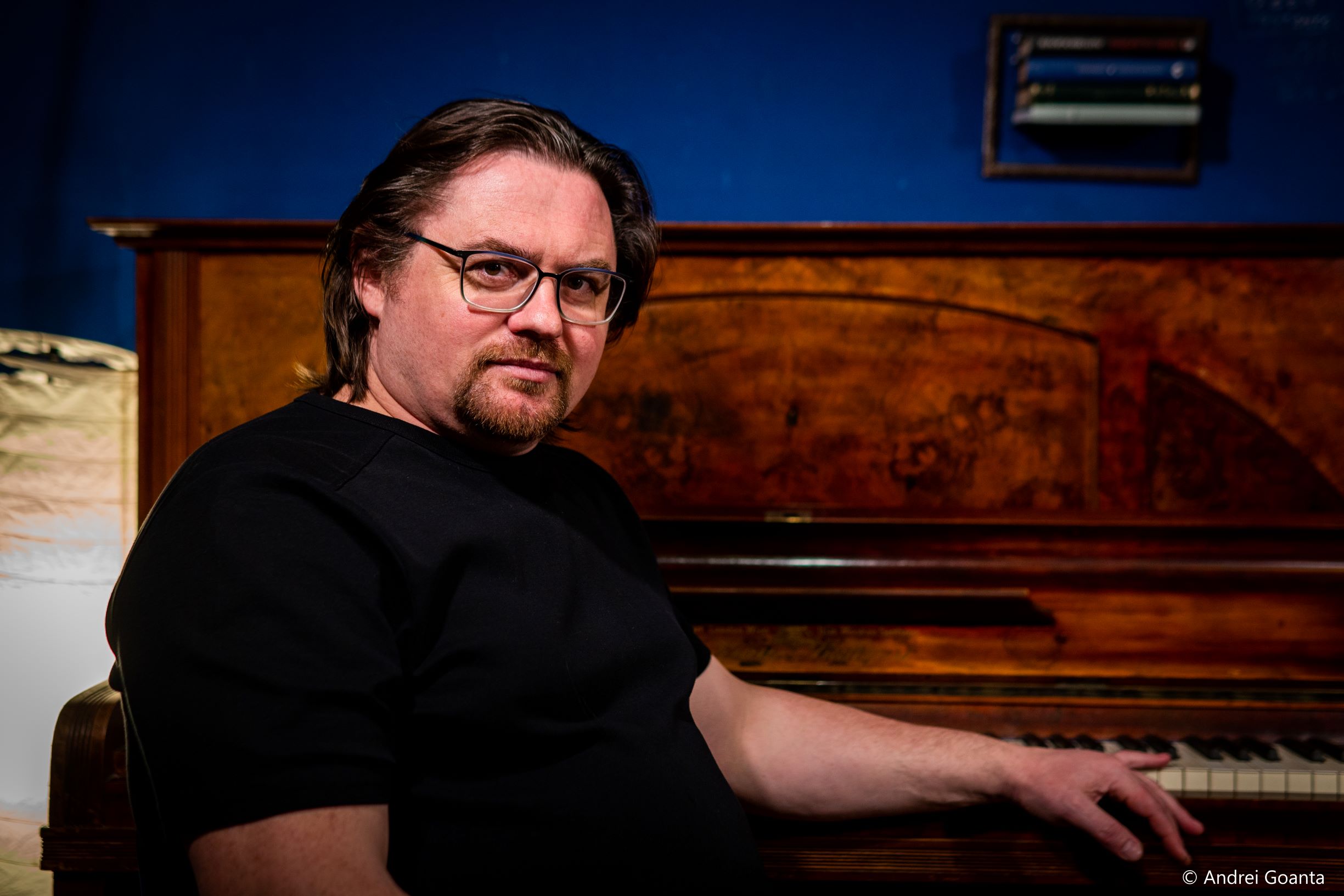 Andrei Oloieri, born in Moldova, has graduated in classical accordion in 1997 at the Chișinău Academy of Music, from the class of teachers Nikolai Chernyavsky and Valentin Zagumionov, and also the conducting and orchestration class of Constantin Rusnac. In 1999 Andrei moved to Romania and started studying composition at the Gh. Dima Music Academy in Cluj-Napoca under Cornel Taranu and Dora Cojocaru, harmony with Ede Terenyi and score reading with Ferdinand Weiss. For personal reasons, he was forced to interrupt his studies and in 2001 he started to focus on his career. Andrei has played in Caffe Florian Orchestra in San Marco, Venezia, Italy, and Caffe Orchestra in Nagoya, Japan. Between 2011 and 2017 he worked as a piano player and then as a musical director for a British cruise ship entertainment company. Currently, he works as an accordion teacher in his hometown, Iasi, Romania. Over time, he wrote, arranged, and orchestrated musical pieces of various genres and styles. His last works include two accordion pieces written for an international accordion competition. 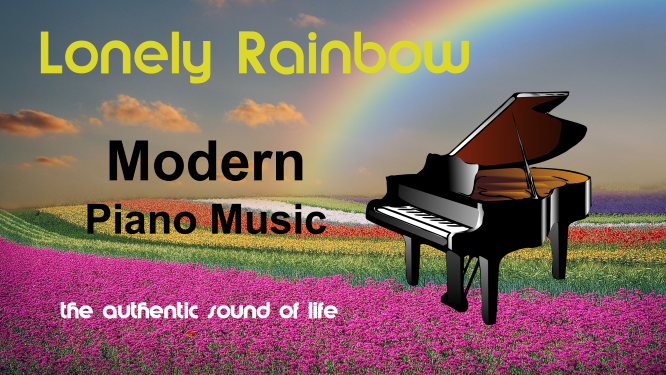 To me personally, music has two meanings. From the age of 16 so far, I have made music only to earn a living. So, being a professional performer, I can say that music on one hand is a job, but on the other hand, especially through composition, is a way to express myself and find refuge.

In my opinion the perfect music is a combination of human states such as emotions, fantasy, imagination embedded in strict rules that the music itself requires.

I don’t really know. I come from a family of teachers. My mother taught math and my father taught physics and here is the result: a musician is born. I would have to be born again to be able to answer that, but I don‘ want to. I feel good like this.

The aging classical musical audience was once young and danced to rock-n-roll. Time changes priorities and preferences, I don’t know exactly what today’s young people dance to, but I’m sure that over time some of them will find and appreciate increasingly more classical music. So no, I’m not worried about the future of real music of any genre and style.

„Music begins where the possibilities of language end“ - Jean Sibelius Mr. Sibelius said this in the last century and I believe that the role of music remains the same: to help us communicate both among ourselves, as human beings, and with forces that are above us.

I can’t say that nowadays you have to be more or less creative, but creativity, of course, is an essential element in any kind of art. In music, besides the fact that you have to do everything with passion, to be yourself and honest, you also have to make yourself heard. I would like to mention Joseph Haydn and his 94th „Surprise“ symphony. When Mr. Haydn came to London in the 1790s, he really was up for audience engagement, he wanted people to cheer and to whoop when things happened and not to listen silently to a piece from the beginning to end, neatly waiting for the last chord. So what he did was to literally thump the timpani when no one expected, wake them up, stir up the audience and make a huge amount of excitement. He wanted to shock the audience, he wanted to be heard and he succeeded and the audience adored him for it. Here is a small example of the creativity of a genius musician, therefore, to answer the question, we must be creative in different ways, it is part of the process and it has always been.

Yes, as composers we can bring a young audience to concert halls by offering them high-quality music, adapted to our days, to the speed of today’s world. I think we need, at least sometimes, to leave our ivory towers where we create just to satisfy our pride in being as original as possible, as modern as possible, just to impress fellow musicians and to try to reach people’s hearts. We need to be smart enough to say serious things, but in a form that is more accessible to a large audience. About a hundred years ago, when the music world was looking for new forms of expression, which even led to the abolition of the basic pillars of music, Mr. Maurice Ravel came up with his famous Bolero written in the traditional, old, and gentle C major, a work that to this day fills the concert halls not only with classical music fans. That’s something to think about.

My favorite piece is the one I’m working at the moment. Sometimes it can be „love at first sight“ and things happen fast and smooth, but most of the times it is a complex, rather torturous process that begins with a small musical motive, an idea, something that cannot be learned and it comes from above, that is actually the essence, after which the actual work begins. Knowledge, experience, and last but not least, preferences have their say. So far, very little can be heard from what I have written, most of the works remaining only on paper or for personal consumption. From the ones that can be listened, on youtube, for example, I would probably nominate „Amazing Love“ from the collection „Songs without words for piano“, a song that I have written while I was in Reykjavik and fell in love with Iceland, a country I would like to move to.

I think they have nothing to lose if they set out to do so and I wouldn’t dare to start with complicated and sophisticated things. In the beginning, you should go for what you like. Let’s presume that you heard and you liked a musical motif and it sounds like this in your mind: „pam pam pam paaaaaam“. You should go and search for it and you will find out that it’s Beethoven 5th, then you can buy a CD with this symphony and listen to it wherever you can: in the car, while reading, as background music, then, if you enjoy it, you must go and listen to the same music at the concert hall, as it’s the best place to listen to classical music. You don’t have to be afraid or ashamed to go to such concerts because you don’t understand or you don’t have the necessary knowledge because it’s not necessary to know all the nuances as listeners and half of the room are in the same situation anyway. And here I would add two pieces of advice. The first one is to hang up the phone, you could ruin the whole concert and it’s very disrespectful to the musicians and their work. The second one is to not clap first. In the classical community, it’s a weird rule that even if you like the music or the performers you should clap just at certain times, otherwise you may be put in an embarrassing situation and the whole hall will look at you disapprovingly. So, never clap first. Let the others take the risk, then clap as much as you can. In time, of course, you can slowly move on to the next level and deepen your knowledge, listen to different genres and styles, you can try to compare interpretations, read about composers and their work, but you can also stay as you are and just enjoy the music. However, if you decide to discover it, you will see that it’s a world that will fascinate you.

In my opinion, more or less, consciously or unconsciously, we all think about the audience. The public is the one who gives value and is the final recipient of our work. Or maybe I’m wrong and some composers don’t care and don’t want their music to be heard, understood and appreciated? As for me, when I compose there is no time and space to think about anything other than music, but when I get out of that state and take a step aside I am the first and most demanding listener and if something seems too much or too boring for me (from the position of someone in the audience), I will go back to work and I’ll make sure that the audience gets the best out of what I can provide.

What I intend to do in the next period is to bring to life the works that I have already written, otherwise they remain simple hieroglyphs on the papers in my drawer. It’s not easy to achieve that because you need financial support to gather good musicians, to go to the recording studio, to make and promote a final professional product so yes, not having the necessary means you have to experiment with the music that you would like to be performed by a large orchestra, trying to adapt it to a small band.