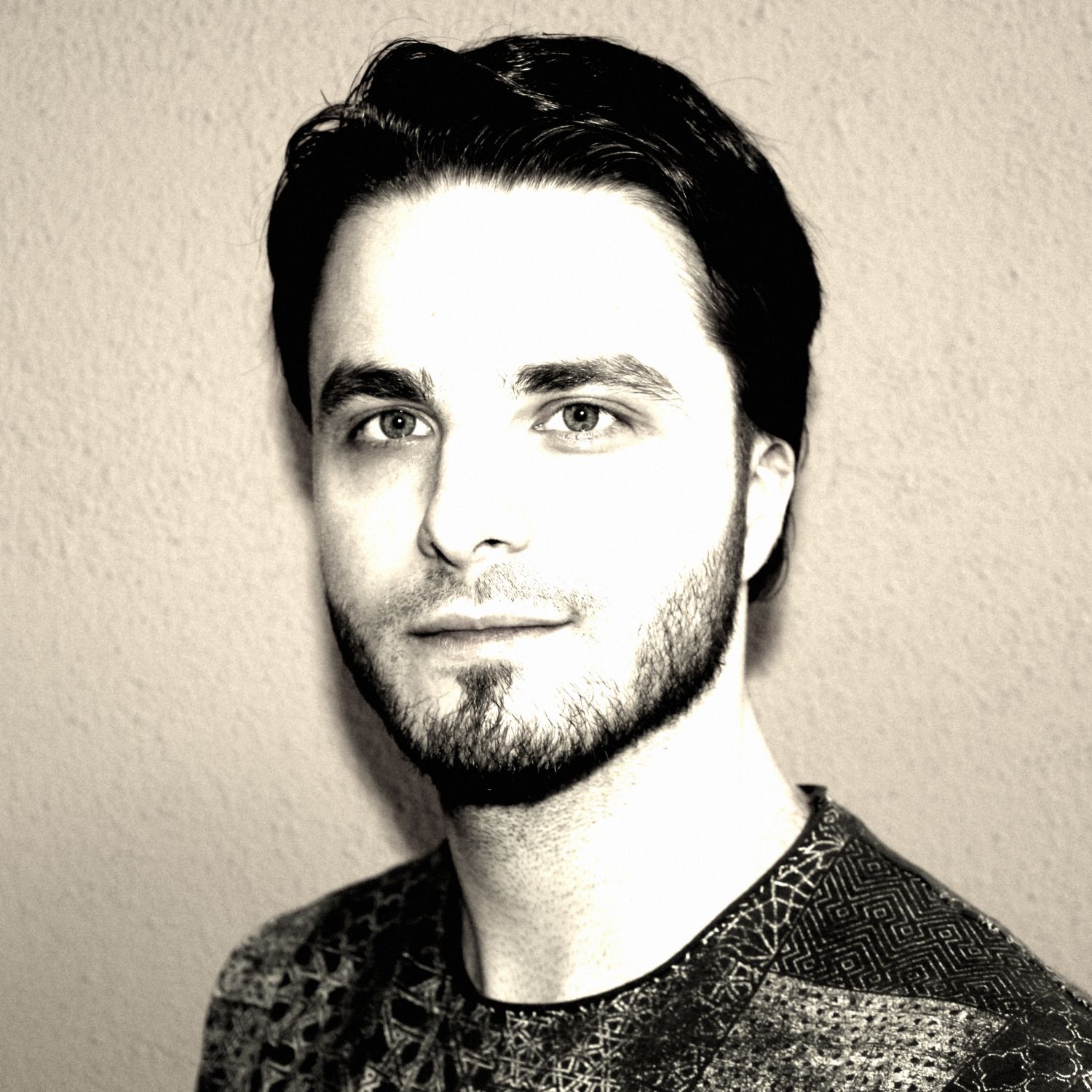 Richard Pouw is an independent composer from the Netherlands.

Empowered by the fascination of music, he acquired his knowledge in a self-taught manner, leading to two albums in the contemporary classical and new-age music genres.

“Born in Amsterdam, the Netherlands, I’ve always tried to escape the ongoing noise that comes with a big city. The search for calmness, nature and purity of yesterday, inspires me to make the music I write today.

‘The complexity, but at the same time the beauty of music, you begin to understand when you actually play musical instruments yourself.’

With this lesson I grew up. Feeling every vibration of an instrument gains your wisdom of how a specific instrument should be played. My personal musical journey began at an early age starting with playing the drums and piano. Later on this journey I continued by playing mainly world instruments such as bagpipes, djembe, darbuka, cajon, mouth harp, tinwhistle, duduk, futujara, sipsi and accordion.

Each instrument with its own unique distinctive character and emotion.

After discovering the digital world of recording, it did not take long before my first compositions were written. Over the years, writing music that touches the soul became a big part of my life.”

For me, music have always been a logical way to really get in touch with the inner self. Playing music helps me to create a calm and peaceful place within my head on the moments I need some rest.

Also, I believe working with any form of art that allows to express your creativity – like music – will make you a happier person... At least, for me it does!

Absolutely. I think this applies to most professions of which creativity is the main ingredient. When sitting at the writing table with a blanc music sheet in front of you, there are just so many ways to go. At that moment, writing down not only what your heart is telling, but what your imagination is telling as well, is like translating the soul into sound.

A greater way of really experiencing the power of fantasy I can not imagine!

I often think about this question, and I think it would have been something to do with astronomy, which now only is a hobby of mine. A lot of inspiration for my music comes from this fascination for outer space as well. The whole concept of infinity just appeals to me, and helps me a lot in bringing the imagination come to life. I'm a space-addict actually!

As with most things, I think classical music will also evolve with the time and find new audiences. I can hardly believe humanity will ever get bored of the fascinating energy that classical music brings with it.

It's interesting to see how classical music elements nowadays get mixed up in more modern music styles. One may think this is a bad thing because you're touching an authentic genre, but on the other hand I think it's a great opportunity to bring classical music to the attention of younger listeners.

Obviously, the urge for people to make music has always been there. I think we can agree that there have been musical activities since the early beginning of human civilization, looking at the many primitive ancient objects there has been found to create sound and rhythms with. Nowadays we couldn't imagine a world without electronic instruments, containing the most advanced and unbelievable technology. So looking at the role of music in general, I think it's safe to say humanity will always keep on evolving and inventing.

Looking closer to the role of music in the 21st century, I think there is a somewhat worrying phenomenon going on. The global prosperity of the 21st century has created an opportunity for many people to afford a individualistic lifestyle. This has amazing advantages, but I think there are some serious consequences to consider as well.

The prominent role of the internet and social media in our lives really changed the way we live. Of course in many very good ways, making us independent and connected to the people we care about. But at the same time we're getting confronted with a crazy amount of incentives everyday. Do we really want to be connected to the world all the time? What does this relatively new phenomenon do to a society?

In this perspective, I think music is starting to play a bigger role as it allows someone to experience a moment for itself.

Whereas music in older times used to be more of a group activity, I believe in the 21st century music is becoming increasingly more important for individual relaxation and enjoyment.

This is a challenging question, as in my opinion the recognition of creativity is a personal interpretation.

Personally, I still can be very touched by new pieces of music despite they might be not very challenging in terms of creativity. I often wonder, will we ever reach a point where we will no longer be able to come up with new music anymore?

But for now, I'm not worried and even find it very comforting to see the many meltingpots of music styles that are coming up these days. Obviously we now live in an open world, making it easy for cultures and traditions to merge with each other. These musical fusions do give me faith for maintaining a musical creative and challenging future.

I think the main reason we go to concerts is to be entertained. Personally for me it's enough to just sit there and see the musicians do their thing. But for younger generations, adding an extra element of entertainment might be a smart step.

For example, some museums do a great job to attract a younger audience by introducing a mobile app which will give them more information about the object they're standing in front of. Maybe we should be thinking in that same direction for live concerts as well.

My creative process actually is a quite unpredictable one. I think every composer is familiar with that moment you're in bed trying to sleep and exactly at that moment a brilliant melody pops up in the mind. Or you're sitting behind your screen, all ready to write, and nothing comes up...

So yeah, that's how it works for me most of the time as well! But at the moment a melody comes up, I always try to record it somewhere on a phone or recorder, so I can elaborate on it in the studio later.

My favorite piece is Epyllion, mainly because it was written and finished in just 1 day. I wish that was for all of my songs, but unfortunately mostly I feel the need to adjust just a little bit the next day, and edit another bit the day after.

The way it was written is like most of my 'piano-meets-strings' songs. First I take care the piano melody is all recorded well, after which I start to add the strings and try to let them harmonize together as natural as possible.

Can you give some advise for young people who want to discover classical music for themselves?

Do what you love to do, because then you will be able to persist as easy and long as possible, enlarging your chances to grow big in what you do.

Be realistic, but certainly challenge yourself!

Depending on what or who I compose for, I decide if it's necessary to think about the audience. When I compose an album for my own, I like to play around, break some musical rules and experiment as much as I like.

But when I'm writing for a production, it's of course important to meet some basic requirements to get to the best possible results for everyone. But then still, I like to experiment within the borders as much as I can!

At this moment I'm working on something completely different than I would normally work on. Most of the time my covered genres consist of cinematic, orchestral and slighly epic styles. But for the next album I'm working on a mixture of ethnic world music and classical orchestral elements.

So speaking of experimenting, I hope this combination will sound as interesting as I now imagine it to be!

Coming to the end of this interview, I want to thank Anna Sutyagina and the people involved with Moving Classics for offering this great platform and keeping the spirit of classical and orchestral music alive!

You are the pioneers that will save the genre! ;-)