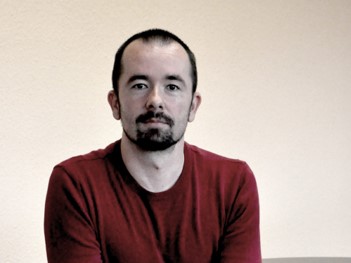 Tomasz Kamieniak writes communicative emotional music. His inspiration comes from great works by Franz Liszt and Charles-Valentin Alkan. Compositions written by Tomasz Kamieniak produce truly fascinating sensations and provide invaluable aesthetic experiences especially in case of the audience that is capable of appreciating expressive melodies, the wealth of piano arrangements, a clear construction and most of all easily comprehensible extraordinary music charged with a whole gamut of emotions.”

Tomasz Kamieniak is a pianist and composer specializing in performing music written by Franz Liszt and Charles-Valentin Alkan as well as other less renowned composers and 20th/21st century music. His excellent performance of the Charles-Valentin Alkan’s Concerto for Solo Piano (Op. 39 No. 8-10) could be admired during the Indian Summer in Levoca Music Festival, the Piano Extravaganza Festival in Sofia and during recitals given in Kiev, Weimar, London, Bayreuth and Oskar Kolberg Philharmonic in Kielce, while the Symphony for Solo Piano (Op. 39 No. 4-7) could be enjoyed by the audience in the Academy of Music in Katowice and Zakopane.

Kamieniak acquired music education quite late. At the age of 13 he started playing the oboe and at 17 the piano. He graduated from the Karol Szymanowski Academy of Music in Katowice in the piano class of Professor Joanna Domańska. He further perfected his piano skills under the watchful eye of Professor Rolf-Dieter Arens (the University of Music in Weimar), Konstantin Scherbakov (Piano Master Classes) and Professor Zbigniew Raubo (postgraduate studies in Katowice). He also had tutorials with Leslie Howard in London.

Tomasz Kamieniak was awarded the special prize at the 4th International FRANZ LISZT Piano Competition in Weimar (2004) and the Grand Prix at the 4th Competition for a Recording Project “Forgotten Polish Music” organised by the Acte Préalable Publishing House for the project of recording piano masterpieces by Józef Wieniawski (2007). He obtained a scholarship from the Marshall’s Office in Katowice (2008) and the Wagner Society in Bayreuth (2009). He also received a prize presented by the Mayor of Tarnowskie Góry (2012) for the recognition of his cultural activities.

Kamieniak gives concerts in Poland as well as abroad. His most outstanding piano performances include: a great three-part recital commemorating the 195th anniversary of Wagner's birth and 125th anniversary of Wagner's death delivered in Steingraeber Haus in Bayreuth including all Wagner transcriptions by Franz Liszt played on Liszt’s piano from 1873; recitals in Bayreuth and Venice organised by the Richard Wagner Society; concerts with the Koszalin Philharmonic Orchestra conducted by Monika Wolińska given during the Polish Music Festival “Swego nie Znacie” in Koszalin; a concert with the Świętokrzyska Philharmonic Orchestra conducted by Alexander Walker during the Świętokrzyskie Days of Music Festival featuring the Piano Concerto G-moll Op. 20 by Józef Wieniawski; a concert with the NOMOS String Orchestra conducted by Mieczysław Unger during the New Music Festival in Bytom featuring the Concerto Op. 40 by Henryk Mikołaj Górecki and the Tirol Concerto by Philip Glass; a concert with Leslie Howard in London featuring Liszt's two-piano arrangement of the Faust Symphony. Kamieniak is the second pianist after Leslie Howard who delivered one of the first performances of recently discovered the Romancero Espagnol by Liszt in Poland, Germany and Slovakia including the first version of the Dante Sonata.

Kamieniak is also a composer and his considerable achievements earned recognition among performers as well as the audience. From the review written by Paweł Chmielowski the readers can learn that “(…) compositions written by Tomasz Kamieniak produce truly fascinating sensations and provide invaluable aesthetic experiences especially in case of the audience that is capable of appreciating expressive melodies, the wealth of piano arrangements, a clear construction and most of all easily comprehensible extraordinary music charged with a whole gamut of emotions.”

Moreover, he is a creator of musical accompaniment to documentaries: Lamsdorf/Łambinowice. Museum and Memorial Site directed by Alicja Schatton and A camp under two regimes: Traces of Remembrance of Lasowice by Isabel Theiler and Alicja Schatton.

His discography consists of four albums with the piano music by Valentin Silvestrov, Józef Wieniawski and two with own piano compositions.

Besides mastering the piano and composing Tomasz Kamieniak is involved in teaching and making revisions to the New Liszt Edition EMB (from 2017). 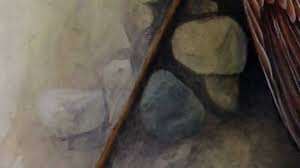 It's my entire life. I simply can't live without music.

No, because a lot of music is the composer's reactions to real life situations or experiences.

I don't think about it. The times are changing and more people listen to music at home but there will always be an audience.

For me musical process itself is creativity.

Music is already the most important part of education at kindergarten and primary school. It is the teacher's role to inspire curiosity for classical music in young people.

I don't really have a set process. My favorite piece depends on the instrumentation. My favorites are Faustus for violin and piano, and Bacarolle for solo piano. I played a concert in Venice once, and during that trip the idea of Bacarolle came to me when I saw the sunset.

Have no fear. Give yourself a chance and start with both the classics such as Beethoven, Mozart, and Haydn, and the minimalists such as Glass, Nyman, Kilar, Preisner, Reich and Adams.

No. I think about what I want to say. I am my primary audience and I must like the work. I do think my music is communicative even to people who are not musical.

I never know if a project comes to fruition. Right now I'm writing an ensemble piece, but I don't quite know exactly in what form. I've wanted to write a Chamber Opera piece for 7 or 8 years now. The problem is that I don't have a libretto right now. To me, every piece is an experiment.