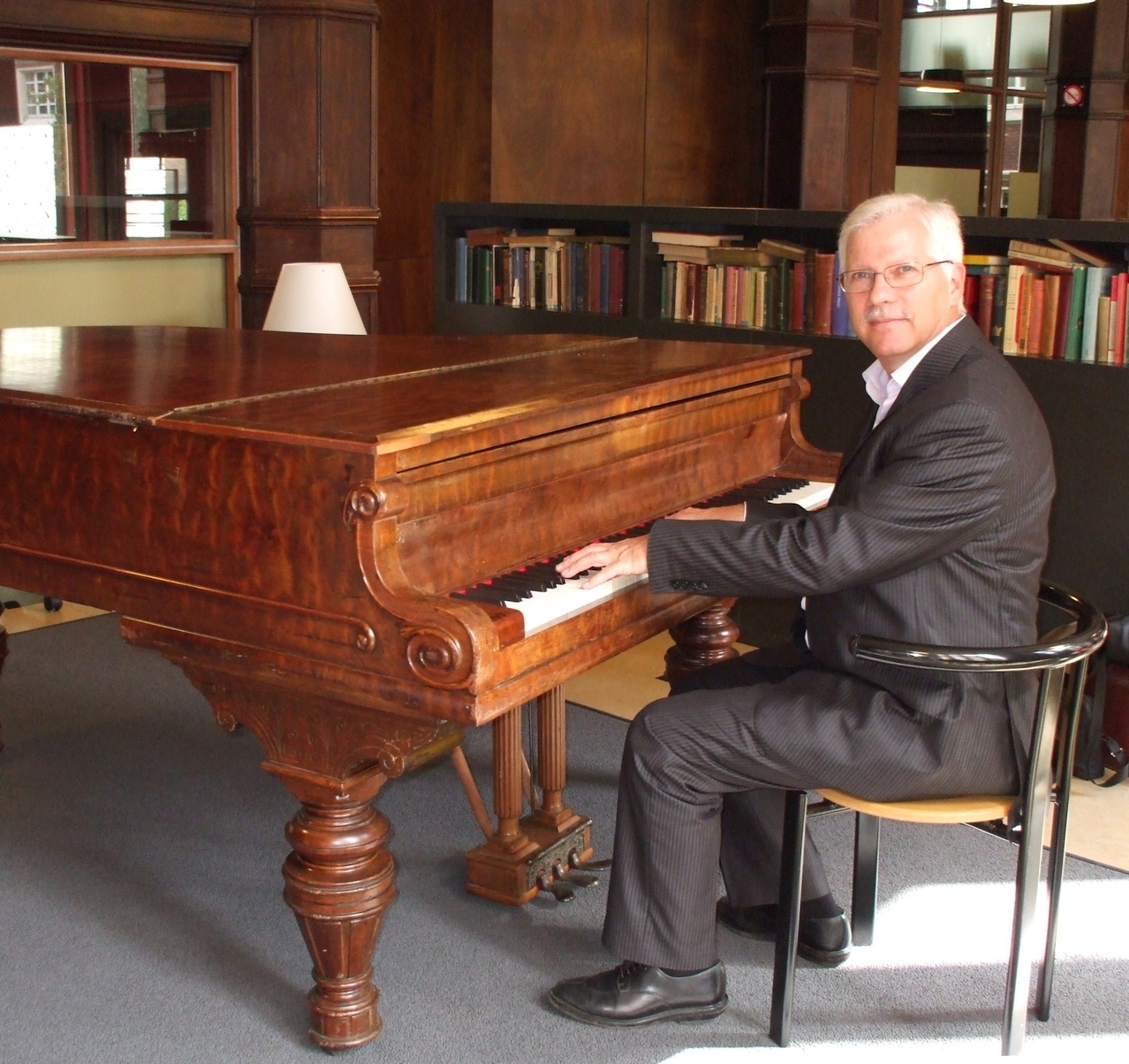 Louis Sauter was born in the United States, but he has lived most of his life in France. He is both a musician and an engineer 1 , and began his scientific career performing research in speech processing and multimedia, before evolving towards management and consulting.

A mostly self-taught musician, he nevertheless benefited from the advice of great masters. He met Olivier Messiaen several times, and sharply remembers attending one of his musical analysis classes. He more recently improved his orchestration skills with Ricardo Nillni.

He has composed over fifty works for solo instruments, voice, chamber ensembles and symphonic orchestra. His compositions have been recorded and performed worldwide by professional musicians in concert halls as well as by students in music schools. His arrangement of Gershwin's Rhapsody in Blue was performed at Carnegie Hall in September 2018.

His Tristan im Mondschein, part of Susanne Kessel’s 250 piano pieces for Beethoven project, was premiered and published in 2018. His trio Las bodas de Helena features in the soundtrack of the short film Argentina which was released in Brazil in 2017. The CD One Minute released by Sarton Records in 2017 includes his Trois miniatures pour flûte. Four other CDs including his works were released in 2018 and 2019 by Phasma Music: Gimel, Daleth, TwoMinutes and He.

1 During his engineering studies, Louis was in the same class as Naji Hakim, another composer featured on Moving Classics TV 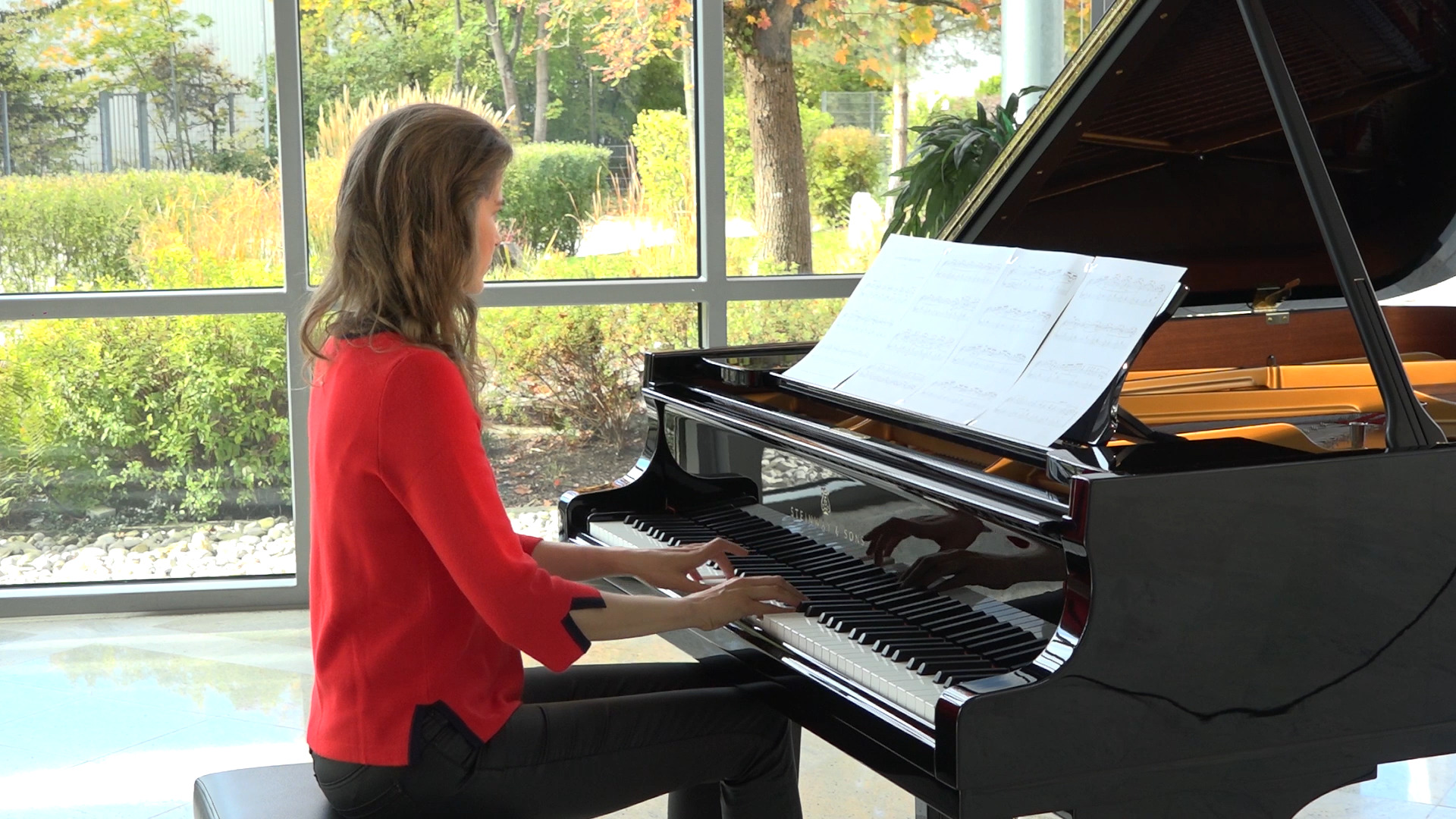 Music has always been an essential part of my life – for me, composing, performing and listening to music are among the best means of achieving happiness.

Once you get over the hurdles by studying, practicing and practicing again, then, yes, music becomes the entrance to a world of fantasy.

I am both a musician and a (now retired) engineer. My engineering work was only at times involved with music, most notably during a project with IRCAM and as a consultant for a national Opera House. During those years, I sang as tenor in the Pasdeloup and Orchestre Colonne Choirs, at numerous concerts as well as for French Television and for the recording of several CDs. Since 2012, I have devoted all my time to composing music.

Well, I am also getting old! But I am not really worried, since I see that my music is being regularly played by young music students at their auditions.

Music is becoming more and more available – sometimes too much so.

There is a lot of creativity today, and musical software allows people with little training to produce their own recordings. Creativity seems to have no bounds, and, as in other art forms, there are experiments in conceptual music.

As I mentioned previously, I have had the great joy of seeing videos of very young musicians playing my music to audiences of their peers. I believe new music can be appealing to young musicians, can be simple enough to be played by them, and I think that many 21 st century composer are writing such music.

Sometimes an idea pops up in my head. Sometimes, I sit at the piano and improvise, and suddenly something interesting comes up. My favorite piece, Laissez-moi mes rêves, was the fruit of an improvisation which I noted and then developed.

Listen to popular classical music with an open mind.

I usually think about both the performer and the audience. I really want to make them happy!

There are several projects coming up, including an arrangement (which I also enjoy doing) of a concerto for piano 4 hands that will be performed by two pianists and a sax quartet. Also, several new CDs are to be recorded by Phasma Music: my Fantaisie niçoise for flute and guitar, Suite cosmique II and Aria et Fugue for flute and string trio. I sometimes experiment in my projects, but sparingly!