Piergiulio Tempesta was born in Galatina (Lecce), Italy. Since his childhood he was interested in the works of classical composers and started composing at the age of 11. He devotes his time to mathematics, theoretical physics, music and literature. As a composer, his production includes works for piano solo, cello solo, string quartet, choral music, etc.

After obtaining a Ph. D. in theoretical physics, he was a researcher at the Centre de recherches mathématiques, Université de Montréal, Canada, at the Centro di ricerche matematiche Ennio De Giorgi, Scuola Normale Superiore, Pisa, and at the International School for Advanced Studies (SISSA), Trieste, Italy. Since 2007, he lives in Madrid, Spain, where he works as a Professor of mathematics at the Universidad Complutense de Madrid and at the Instituto de Ciencias Matemáticas (ICMAT). 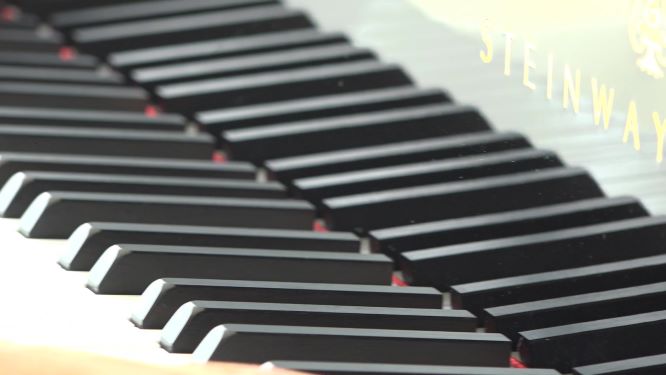 I think that music is a form of art which uniquely expresses the essence of human creativity. The discovery in ancient caves of some primitive flautas, dating to 40.000 b. C., witnesses the crucial role of music since the beginning of human civilization. Due to its abstract nature, music has a universal character: indeed, it can be appreciated by people of any country, independently of their cultural formation. Personally, I believe that it represents a fundamental dimension of the spirit. At the same time, it is a very specific language, that allows us to express to an entire class of ideas and emotions that cannot be formulated in any other language.

I believe that fantasy and creativity are crucial ingredients for realizing, in general, any kind of original work; in particular, a musical one. However, composing a new piece of music is an intellectual process that also involves rationality, cultural influences, and specific technical knowledge. Therefore, composing is not merely the result of a burst of creativity, in a moment of inspiration; it could also be the outcome of a long process of sedimentation of ideas and musical techniques, which concur to form a new original picture. However, the way these different issues can merge altogether into a new creation to me is, to a large extent, mysterious. Quite surprisingly, as music is not just fantasy, but also rationality, so mathematics, in a specular way, is not just rationality, but it needs, crucially, inspiration and creativity.

Despite of the fundamental role of music in my life, I am not actually a professional musician. I am a mathematician and theoretical physicist. I also wrote a collection of novels and two collections of poems.

I consider classical music to be a universal patrimony of mankind, that will be present forever in the lives of people all over the world. In this regard, I do not worry about its future. What we have experienced in the last century is the emergence of popular music, which attracts young people much more than the works of classical composers. However, in my opinion, in the future generations a new, young public will always emerge, a public interested not only in Bach, Beethoven, Chopin, Mozart, Shostakovich but also in contemporary classical music.

Music in the past was commonly intended to be an art per se. In the 21st century, we are experiencing a profound process of transformation of this vision, already started in the previous decades: music is more and more acquiring a commercial value. Music is present, for instance, in advertisements or is used to accompany events and shows of any kind. Also, an interdisciplinary vision of art, involving simultaneously different artistic expressions, is taking place: for instance, a growing number of composers devote their professional activity to write music for cinema, television, etc. In a sense, music has followed the complex evolution of human societies and has adapted to new cultural contexts, possibly more than other forms of art.

I think that creativity in music is crucial, as much today as in the past. I could not imagine a composer able to write music without entering a deep, creative process. More generally, I am firmly convinced that creativity is fundamental not only in music, but also in science: there is no true progress in science, no breakthrough discovery, without a good amount of creativity.

I believe that all that is required to a musician, irrespectively of being an interpreter or a composer, is to do his/her work in the best possible way, respecting music as a form of art above all. This is the key ingredient to establish a strong connection with the audience, especially the younger public, and to attract people to the concert halls.

In my case, a new composition always starts with an idea which takes form, in my mind, in a casual, sometimes obscure way. I would say that, in order to start composing, I need to be in a dreamlike mental state. The subsequent step is to translate this primitive intuition into concrete sounds. Very often, this process is achieved in a relatively short time. However, in some cases, much more work is needed. Perhaps, the most laborious part is the final revision of a score. Every note counts per se, and it should be put in the right relationship with all the remaining ones. Usually, I prefer to carry on several projects at the same time. Indeed, I like to jump from a musical work to another one, quite erratically. I do not like particularly to proceed in a sequential way. I maintain a similar attitude also with my research projects in mathematics. Actually, due to my many academic engagements, I can devote to my compositions only a little part of my time. It is hard to me to say which is my favorite composition of mine. For instance, I like a Tarantella that I wrote in 2013, which mixes up several ingredients, coming from distinct musical traditions. Also, I like a piece for string quartet, titled “In memoriam”, and a “Scherzo” for piano, not yet released.

Listening is certainly the first step to discover classical composers. My suggestion is to focus on music of different periods, ranging from the classical era to the contemporary one, and to analyse in more detail the works of a few, selected composers. It is very useful to study their musical scores, even if this could seem difficult at the beginning. This is key in order to deepen into the musical architecture of our favorite pieces, and to discover the beauty of musical creations.

I think that composition, in my case, is a sort of abstract process, during which I certainly do not think about the reaction of the audience. I just try to write music as I can, in the best possible way I am able to do it.

Presently, I am working on some pieces of sacred choral music. It is a new, exciting experience for me. Besides, I am working, from time to time, to a new string quartet that I started in summer 2020. But I also wish to complete several pieces for piano solo, and a suite for cello.