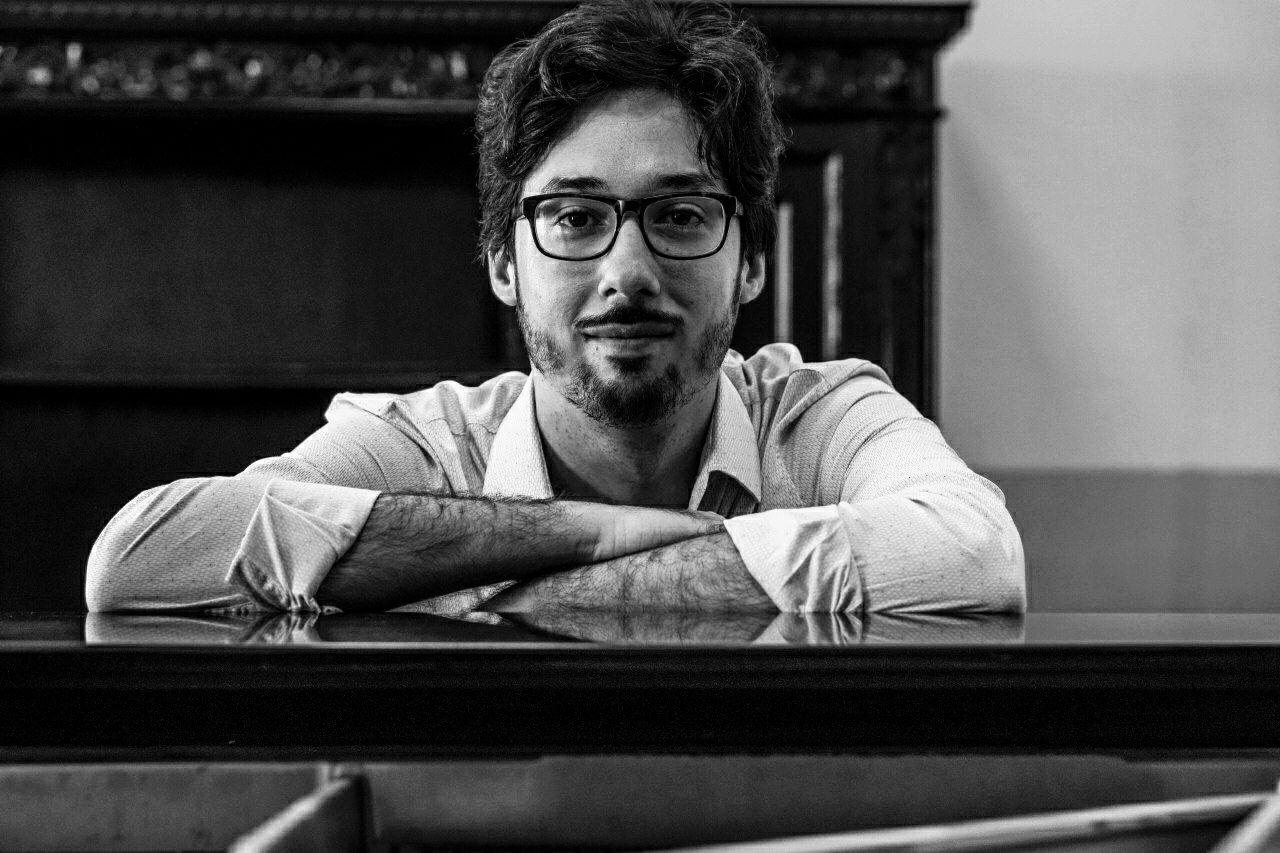 During the years of study, he played various times both as a soloist and as accompanying pianists also collaborating to the project “Fucina dell’arte”.

In 2012, he played two of his own pieces for solo piano, “Studio N1” and “Studio N2”, during the concert season of the Conservatory of Palermo, with the Ensemble "Laboratorio di Musica Contemporanea del Conservatorio di Palermo" "Ensemble50" conducted by M. Leonardi.

In 2013, he played his own piece “Humoresque” for four-hands piano during the festival “Orestiadi”, in Gibellina. In 2017, his piece “Suite Rostrum” for various instruments has been played during the “Rostrum” festival in Palermo.

In 2018, two pieces for solo piano, “A Melancholic Mazurka” and “Al Taosinan Id Letmenic”, have been played for the project “Palco Libero” in Palermo. Generally speaking, His tracks are evocative, descriptive and generally characterized by the great importance given to melodies and counterpoint. 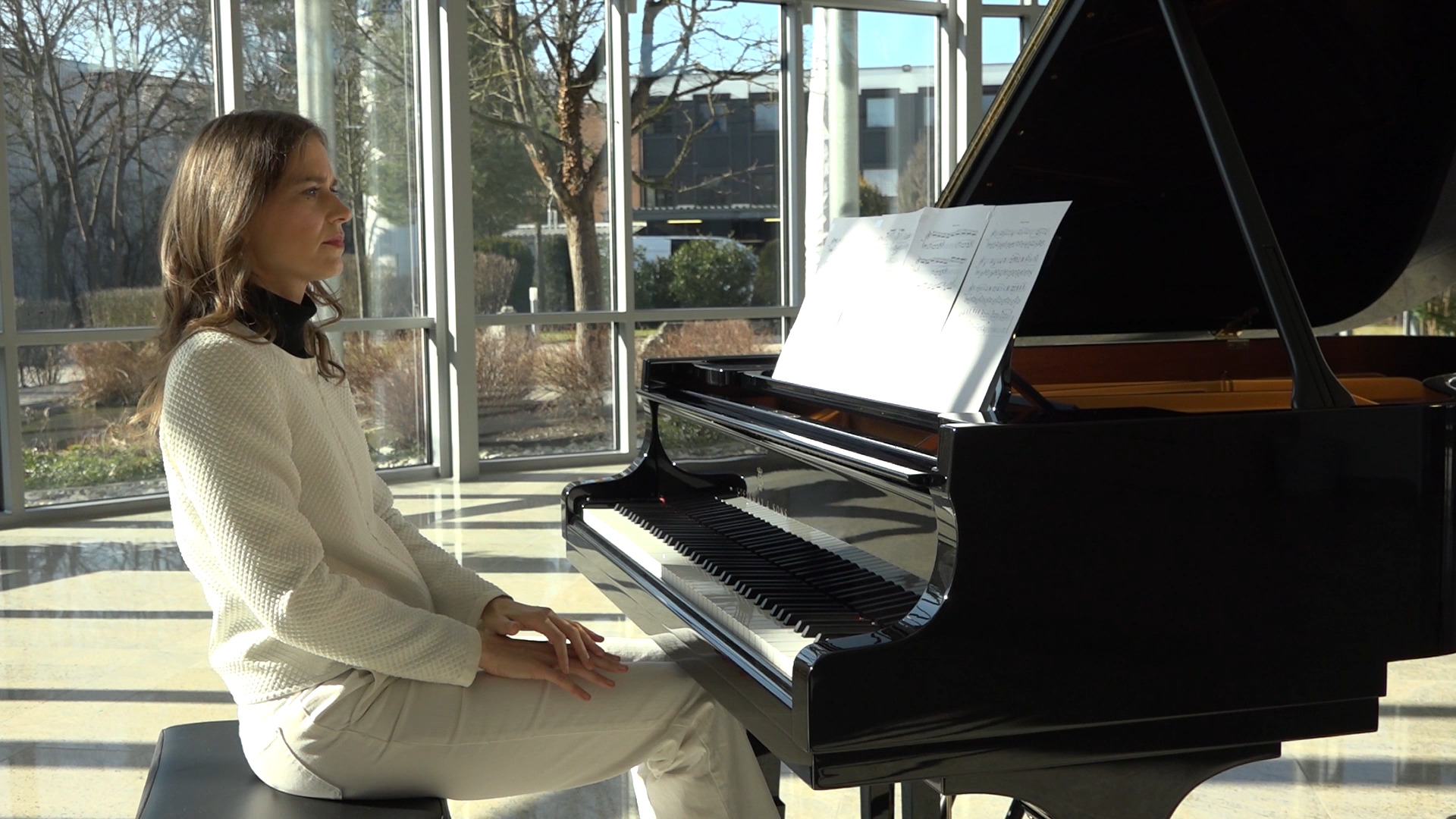 Music is something I could not think of living without. It can help in sad moments and make happier good moments of life.

No, I do not think so. Indeed, when music is accompanied by a text or other elements it can convey very specific messages. From the point of view of the listener, maybe it can be enjoyed as something dealing only with fantasy and feelings. Anyway, for a composer, there is also an idea and a structure to consider. Even when improvising, the years of study allow speaking languages that have to be known to properly convey that idea of the moment.

Well, I am not a professional musician, at the moment. I am doing a Ph.D. in quantum physics, that is my job at the moment. Actually, physics is my other great passion, so I do not know if I will ever be able to abandon one of the two things that I really like. For sure, at the moment I spend more time on physics than on music, but that could change in the future.

In general, I am worried about the future for many different reasons but not specifically for this one since this is not my job. The thing that worries me the most about the composer‘s job is the impact of artificial intelligence on music.

Music has many roles in our society and it is almost everywhere at any time. For example, If one listens to films of more than 30 years ago he can notice that there is not so much music as today. I think that artificial intelligence will impact profoundly our relationship with music, more for musicians than for normal people. Indeed, some software will be able to compose and also perform passable music. This could be discouraging for novice musicians seeing that a machine can easily get better results than themselves, I think. But, I do not think this will be in any case the end of the music as we know it. The reason is simple: doing music is a beautiful thing. Therefore, even if the musical professions could be drastically changed, the act of making music (both composing and playing) will not disappear, even if we discover that machines will be able to compose better than any human.

I do not think they need to be more creative than before. I think creativity comes when musicians just try to do their work at their best. In my case, as a composer, creativity initially comes when starting to write a piece, by providing the original theme or idea. Then, when I feel that the original idea has been expressed properly creativity comes again by suggesting a completely new development or a new way to restate what I have already written down. For longer pieces, creativity also lets you structure the piece, not from the point of view of the structure (like a Sonata form) but from the point of view of the “story” that you want to tell. Usually, at least for me, this story is not very precise in normal language terms, but it is musically.

I think there are various reasons why the younger generation are not attracted to classical music. Firstly, for some reason, most of the well-known classical pieces are not as powerful as others. For example, the so-called Turkish March of Mozart is very well-known but not the Jupiter symphony. A lot of people know the first movement of the moonlight sonata of Beethoven but not the third one. This creates the misconception that classical music is just relaxing music. It is not, it covers the full range of human feelings. Secondly, people are used to listening to music with low-quality devices such as very cheap headphones. Classical music, especially the orchestral one, loses a lot in this case. Finally, most people just do not really pay attention to music when listening to it. For most people music is something that goes with something else. It is not a case then that most commercial music is very repetitive and is always accompanied by a video. Classical music, to be really enjoyed, must be really listened to. So, what can we do? I think that the most effective solution is to give everybody the opportunity to study music during infancy. People that learn some music pay more attention to it, even if they do not continue to practice any instrument. Another thing is to make people listening to something that is suited to them. So, when someone I know asks me for a piece of classical music to listen I try to imagine what piece should I suggest for him. Lastly. We should try to invite people to go to concerts with us with enthusiasm. If they see we are excited to go to a concert we can more easily convince them with us.

My creative process depends on the piece. If the piece is not very long and not heavily contrapuntal, I just go with the flow by composing it from the initial idea till I think I properly exhausted what that idea brings with it. This happens usually after I played it entirely at the piano. Of course, when actually writing it down I modify it to render it more interesting and, in my opinion, beautiful. In particular, I usually add contrapuntal elements that I am not able to improvise on the fly. In other cases, I compose it directly on the score by going on from the start. Sometimes I have ideas that I put asides to use later in the piece, this depends on how long the piece is. My favorite piece (written by me) is the symphony I am writing at this moment. I wrote the reduced score more than a year ago and, now, I am orchestrating it. I already finished the first two movements out of four. I started working on it because I wanted to try writing a Symphony.

My advice is to ask someone who knows classical music and knows you for some pieces to listen to. Then, try to listen to this piece with the best equipment you can get and trying to do exclusively that, just listen to the piece trying to catching all the particulars that piece.

No, I usually do not. When I compose I try to obtain something that I am happy with.

The next big project is my first symphony. Then, I think I will start to compose a Concerto for Piano and Orchestra. I do not know if I really experiment. I usually get criticized because my pieces are because my pieces are not much avantgarde. However, from my point of view, I fell I am experimenting every time I try to use something that I never used in my older compositions.