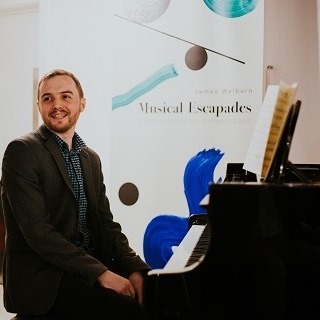 James Welburn grew up in York and started playing the piano at the age of seven. He studied music at City University, London and specialised in composition, sound recording and production and music business. As part of his degree programme he studied piano performance with Laura Roberts at the Guildhall School of Music and Drama.

James composes for solo piano and in 2019 published Musical Escapades, a collection of fun pieces for the intermediate pianist, with Editions Musica Ferrum. The publication was rated ‘outstanding’ by leading piano blog Pianodao.com, with reviewer Andrew Eales commenting that “this book really does stand out from the crowd with its highly enjoyable mix of musical styles, all with catchy tunes and rhythms.”

Reflections in Waltz – James’ second book of solo piano compositions – was published in March 2020 by Musica Ferrum. Inspired by the works of Fryderyk Chopin, whose waltzes are among the most beautiful pieces ever written for piano, each piece explores this wonderful genre and pays homage to the great Romantic composers whose music still captivates listeners and performers all over the world today.

Since graduating James has worked for ABRSM, where, as Regional Development Executive he works closely with music hub leaders, schools and teachers to look at how best to serve the music education community. His previous roles with ABRSM have taken him on educational visits to Malaysia, Indonesia, Thailand and Vietnam.

James and his wife Austra live in North London, where they enjoy playing tennis, hanging out with friends and serving in their local church. 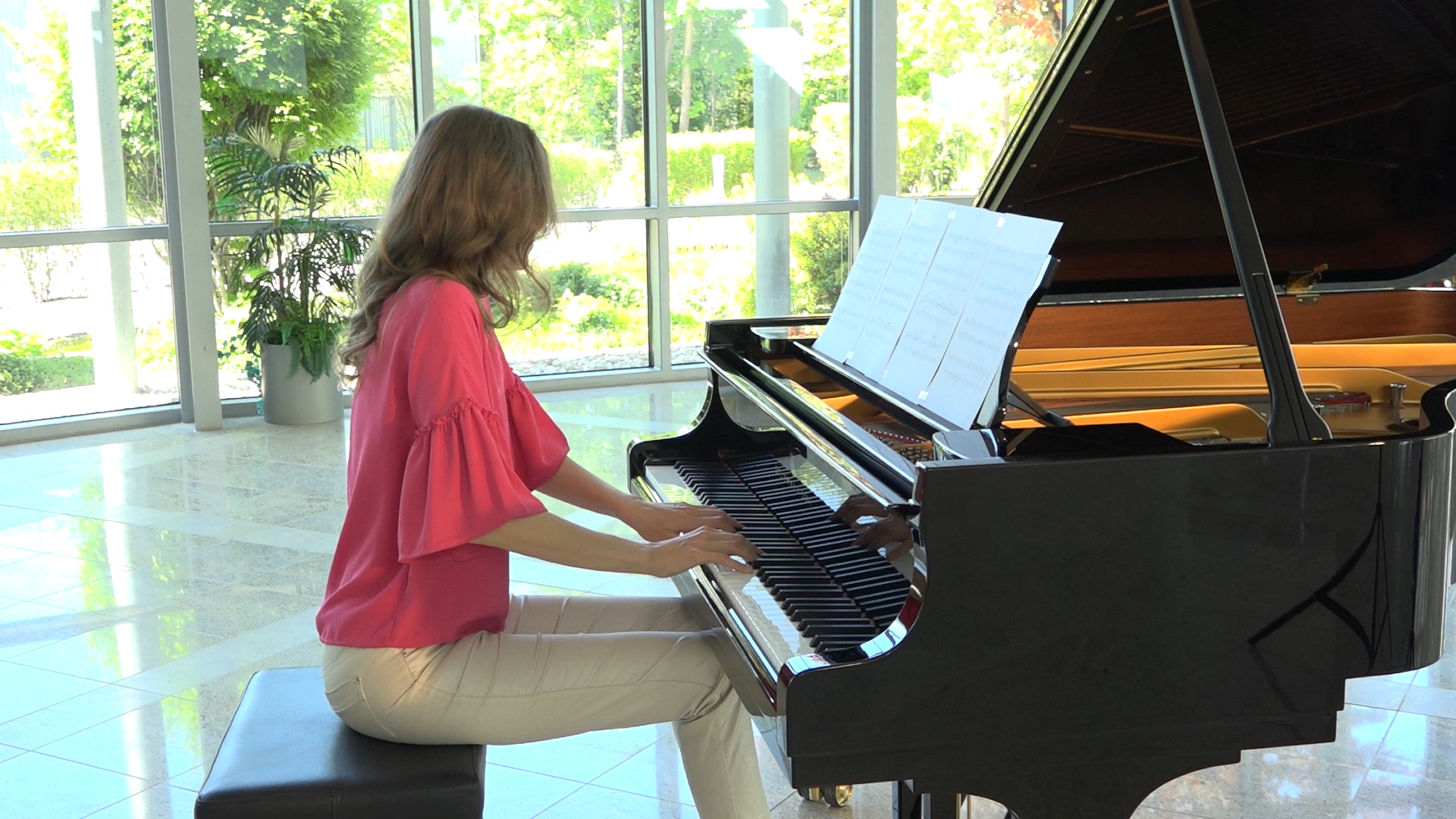 Music has been an important part of my life since I can remember. I play and listen to music every day, whether composing at the piano, playing my guitar, humming a tune while on a walk, or just listening to the radio.

I think music is about communicating emotions, experiences and ideas, whether rooted in reality or imagination. Many of my piano compositions have real-life stories behind them, while others have been developed primarily from a musical idea, but what they all share is that unique ability that music has to communicate and connect with people from all walks of life.

Easy – I’d absolutely love to have been a pro golfer. What could be more fun than getting paid to travel the world and hit a little white ball around a stunningly crafted field?

I’m not overly worried about the future, as I think classical music is still very popular, even if the ways in which people engage with it have changed. Classical music still features prominently in the biggest feature films, still sells out the world’s leading concert halls and still engages young people learning an instrument at school. There are, however, challenges in the music education sector that need to be addressed, such as funding, progression routes and performance opportunities, in order to ensure that the musicians and audiences of tomorrow are still able to engage with classical music from a young age.

Music has always been fundamental to our existence, however far back you go. Take faith, for example – music plays an important role in my own faith, as it enables me to communicate with God in ways that words alone cannot. I may be making music on a digital piano or electric guitar, but the role of music in this sense is the same as it was centuries ago. Music, therefore, retains its significant role, but is certainly much more accessible than ever before, in large part due to the digital age we live in. This means that we have more opportunities to engage with a wider range of music, which can only enrich our culture and broaden our horizons.

I think creativity is an interesting subject. In one sense, the more that is created the more difficult it is to be original. However, creativity and originality are not the same thing. You can be incredibly creative, for example, arranging an existing piece of music. I am currently working on a series of contemporary arrangements of well-known Christmas carols, for example, and it is so much fun looking at creating a sense of freshness and originality in music that is so familiar to people all over the world.

People come to love classical music in different ways. For some, going to a concert may ignite a passion, while others (like me) fall in love with the music via another route and then seek out concerts to enjoy. Going to a concert is simply a product of a love for the music, so for me the real question is how we enable more young people to experience the wonders of classical music. Young people may experience classical music through film, television and console games, for example, but how often do they recognise the impact the music has? Music education needs to be adapted for the 21st Century – while it’s still great to learn about the characteristics of baroque music and how to transpose a melody, it’s also important for young people to be exposed to the ways classical music still permeates society, even if in different ways from the generations before us. I think we can also be more creative and proactive with the use of technology – creating digital spaces for young people to encounter, engage with and enjoy classical music beyond the concert hall.

My solo piano works are always created from improvisations, whether jazz, pastiche or contemporary in style. For me, improvisation is the purest form of music-making, as it really is speaking from the soul – I will spend hours at the piano, noodling around and coming up with little motifs and harmonic progressions that I like, eventually turning them into a piece of music. I usually have the entire composition in my head and then I write up the music into a score. At this point I refine the music, reflecting on things like chord voicings, dynamics and phrasing, as I find the visual score a really helpful tool.

My favourite composition is Hymnpromptu, which features on Reflections in Waltz, published by Editions Musica Ferrum in 2020. I originally started writing a hymn for my church, but the impromptu nature of my compositional process took over and I quickly realised that I was much better at composing piano music than writing lyrics!

What can you recommend young people?

The best thing I can recommend is to listen to lots of classical music! You can listen on YouTube, Spotify and many other digital platforms, as well as dedicated radio stations and podcasts. You can find it on your favourite films and TV programmes, as well as your favourite console games. Try focusing on the music next time you watch a film or play a game and think about how it communicates, complements and enhances the visual elements.

All of my music (so far at least!) is tonal and I like to compose melodies that audiences can sing or hum, as I think this creates the most memorable music that connects with people. Even though a piece of music might be embellished with trills, turns and other musical flourishes, the essence is still something that can be ‘heard’ in your head. For me, this is what draws me back to the same pieces of music over and over again – even though I’ve heard something countless times, there are countless more aspects to explore.

I am currently working on a couple of projects, one being the Christmas carols arrangements I mentioned previously. The other is a collection of fun pieces for pianists near the beginning of their musical journey, perhaps those who have been playing for about two years. I remember playing pieces at this level that were not always that imaginative or engaging, so I wanted to write a collection of pieces that sound really cool, are great fun to play, and have an element of ‘virtuosity’ even at that level – something budding pianists can engage with as they work their way up to Chopin and Rachmaninov in the years ahead!