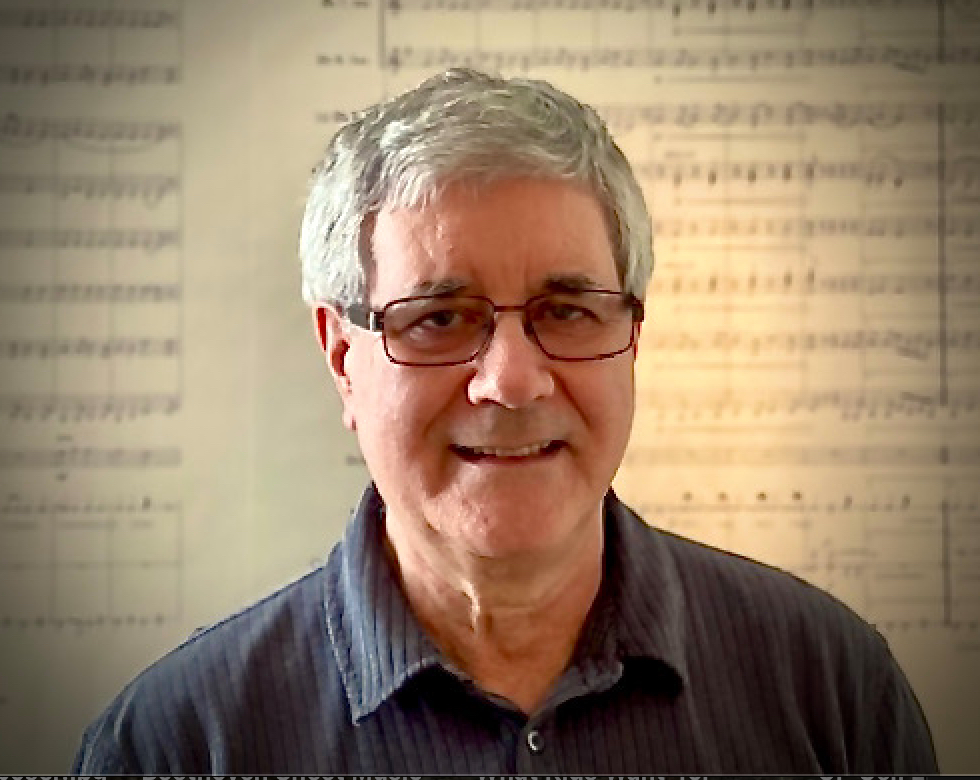 2. “smallCuriosities:Voices from “The After” based on poetic phrasings of Italo-Argentinian writer Antonio Porchia (b. Conflenti, Italy, d. Buenos Aires, Argentina)

In 1968, percussionist with "Niagara Symphony Orchestra" in premier public performance under the direction of Matteo Glinsky.

Throughout high school years, keyboardist with rock bands "Hideous Dream" and his own group, “OPUS"

2020 … One of five international composers invited to provide a variation for “Satie Obsessions: Variations on a theme by Erik Satie, Gymnopédie, No. 2”, a contemporary “Hexaméron” project directed by Kris Lennox, Anna Sutyagina, pianist, Moving Classics TV 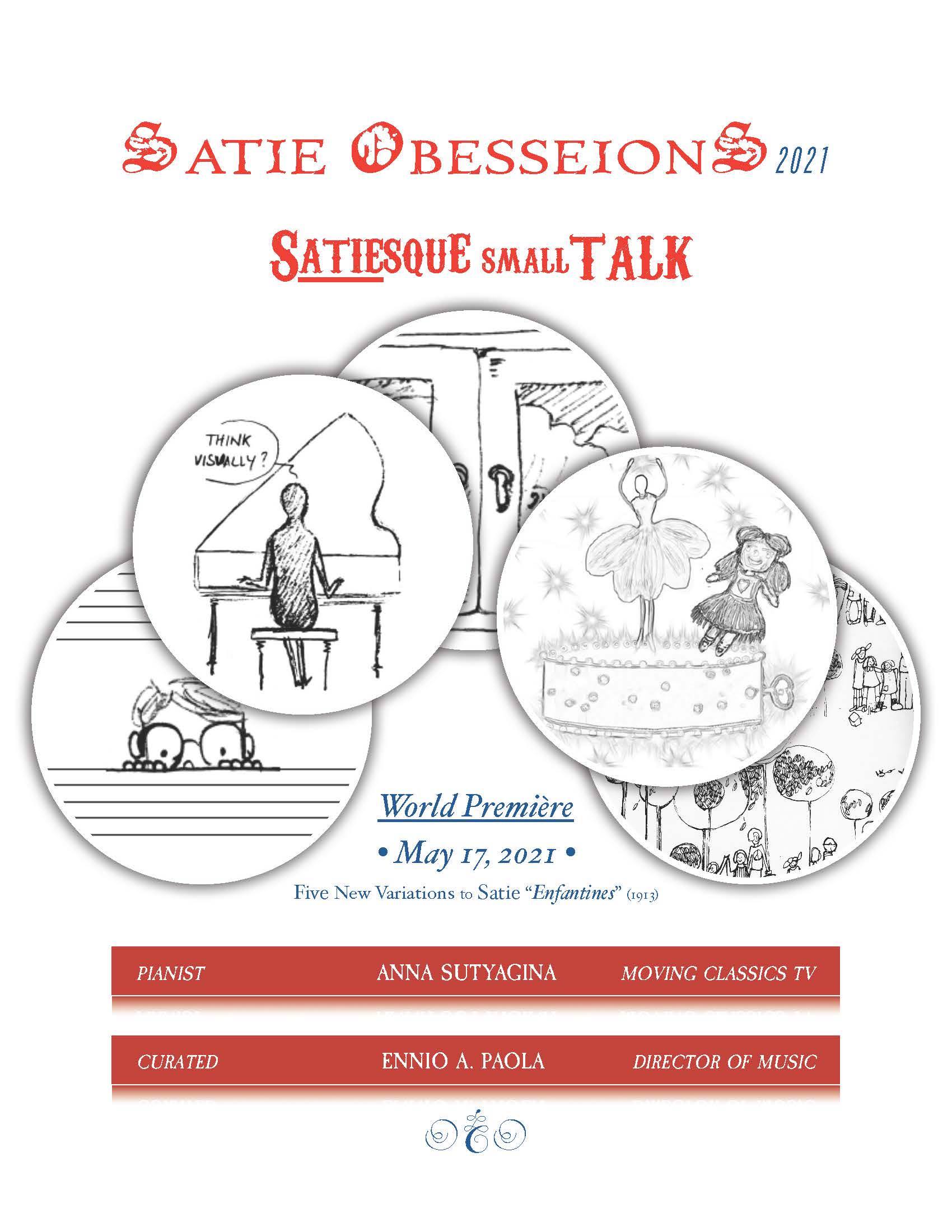 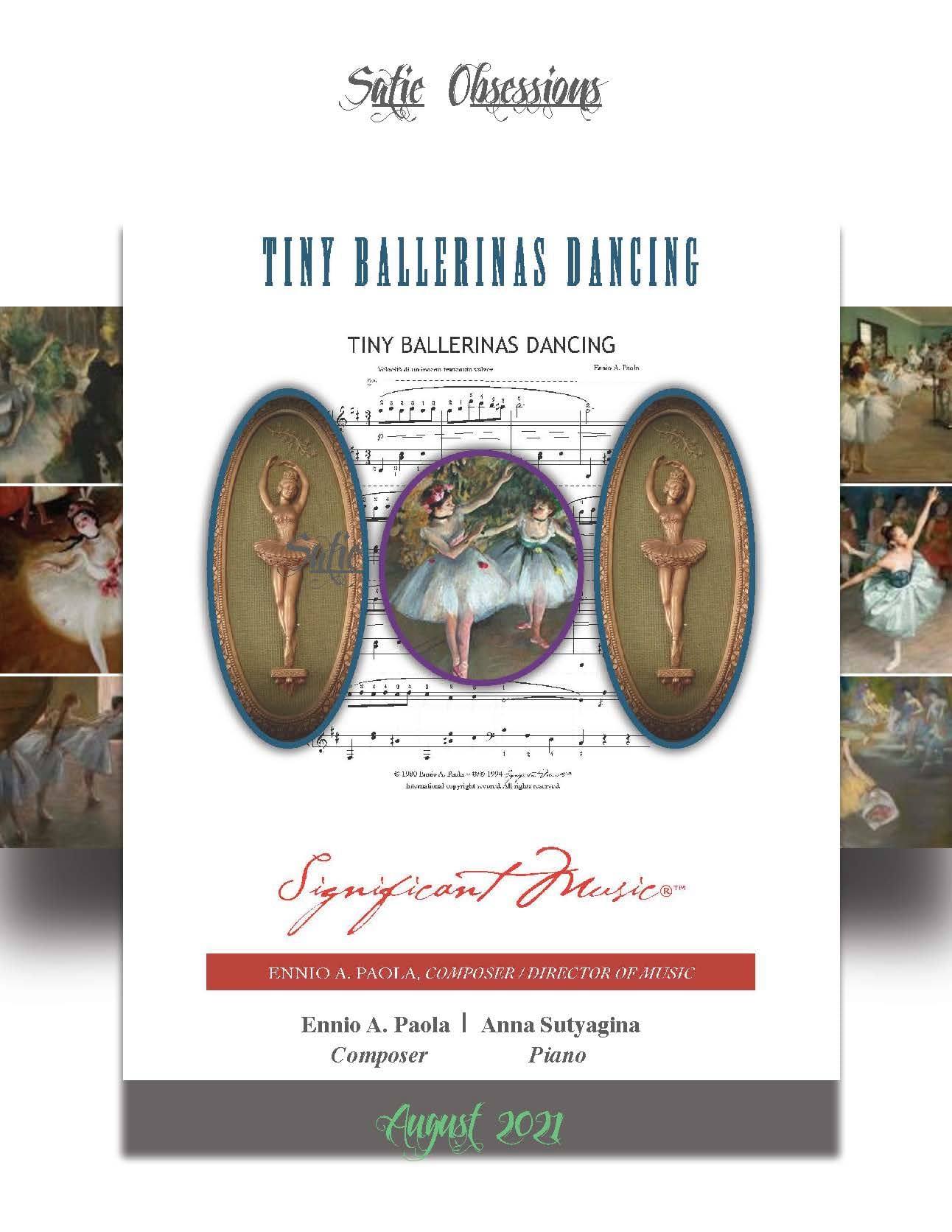 Music = Life; where life is a process and music the cure.

Absolutely. Music shares interpretive interplays where music and the collaborative arts induce a mingling of fantasies between dance and music … art and music … spoken word and music … etc., … going where all words fail.

No, not worried. Next generation is coming. Over time, best classics remain everlasting as they continue to grow and gain merit towards the shaping of future audiences.

In this 21st century, I see artistic “isms” evolve, shaping “audio environments” and “sound moods” to play shared spaces that increasingly represent a greater role in daily life. Do you see that there is a transformation of this role? Yes, most definitely, as new technologies come to the forefront and artistic interpretations are reimagined.

Do you think that the musician today needs to be more creative?

As in previous eras, today’s musician must seek out a “personal voice” and tap into converging avenues of creativity built on the shoulders of past masters. As trends and tools continue to develop, it all becomes part of a continuum in the evolution of human musical expression.

What is the role of creativity in the musical process for you?

Personally, I aim to craft out just the right amount of creative mix and interest designed to intermingle between elements of the familiar, the imaginative, the tested, and the true.

Musicians have a stake, and share a noble role in attracting a younger generation towards attending music concerts. Experience shows this is best achieved through partnerships in educating youth as witnesses to live music, and via a confluence of supportive hands-on, life-long music and artistic experiences that provide additional opportunities and lasting memories.

Primarily, I compose in short “tonal musical cells” with poetic, or visual art source references. At times, select cells transform to full thematic strains, where ideas ranging from musical codes, or numerology etc. may be discovered imbedded in the development of basic music elements that shape a work’s final form. In practice, I compose at the piano to better feel and map out best musical intentions of interest. As Stravinsky stated in a CBC (Canadian Broadcast Company) documentary of 1957, “A Conversation with Igor Stravinsky” … “you have to touch the music not only to hear it. Feel the vibration of the music”.

What is your favourite piece (written by you) and how did you start working on it?

Favourite work, most challenging to create has been LUX IN TENEBRIS: La Commedia di Dante It remains an on-going collection of linked, or stand alone set pieces for solo piano underscoring select Canti from Dante’s Divine Comedy. My journey with Dante began when pairing Canto I (Inferno) & Canto XXXIII (Paradiso) to serve as “bookends” framing the beginning and end of his journey in the afterlife. To represent Dante being “Lost In A Dark Wood” (lost in sin), (Cantica I: Canto I) opens with a word cypher creation, associating pitch to each letter of the alphabet. Thus … “LUX IN TENEBRIS: La Commedia di Dante” begins … LOST IN A DARK WOOD This first “serious” piece was composed to establish a transitional break; from a background in 60’s Rock, to formal music studies at university level.

1) Take every opportunity to listen with open ears, wide eyes and an inquisitive mind. 2) Invest resources and time to offered learning opportunities in music and all creative arts’ disciplines. As philosopher Goethe stated, “One ought, every day at least, to hear a little song, read a good poem, see a fine picture, and, if it were possible, to speak a few reasonable words.”

Yes, 100% For me, audiences remain a natural starting point. Doing so helps establish links of mutual respect between composer, (as creator) and audiences (as listeners) .

• A new Canto during 2021 in honour, and in homage, on occasion of 700th anniversary year celebrations marking the death of Dante. • New short works inspired by aphorisms by Italo-Argentinian writer Antonio Porchia. • “Between the Silence and the Noise” Complete Piano Works uniting original music composed for Dante & Music, DaDa & Music as compilation oeuvre linking Dante’s journey in the after-life to period of French composer Erik Satie’s residency as Composer-In-Residence, Salon Rose and Croix. Do you experiment in your projects? Not often enough; though samples of greater experimentation surface in areas of music notation and mixed use of musical and non-musical terms in Italian and English — better reflecting composer’s intentions. When possible, appropriate and warranted, mixed media presentation opportunities are encouraged and most welcome.