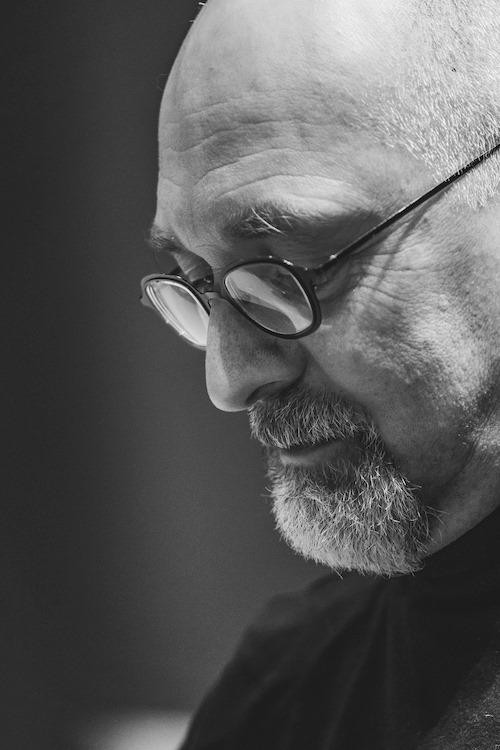 Serge Lacasse (aka Prof. Lacasse) has been a professional producer, arranger, songwriter and musician for many years in the Canadian music industry, including mixing and mastering engineer (see table below). In addition to having accumulated a nice catalogue of instrumental and vocal pieces of music (e.g. for museum exhibitions, advertising, etc.), he has collaborated as producer/songwriter/musician with artists signed to majors and national labels in Canada (Mitsou, Lynda Lemay, Tanya Tagaq, Descars, Héra Ménard, Nathalie Gauthier, Paule-Andrée Cassidy, etc.).

Following his success with his remix of La Bolduc’s “Ça va venir découragez-vous pas”, he recently produced two albums of piano music by Quebec artist Marc-André Pépin, including Tempus fugit nominated for “Best Instrumental album of the Year” at the 2018 ADISQ Gala. Similarly, Héra Ménard’s eponym album, also produced by Lacasse, was acclaimed as “Discovery of the Year” and nominated in the “Singer-songwriter” category at the Gala Country 2018. As his artist name suggests, Prof. Lacasse is also professor of musicology at the Faculté de musique, Université Laval in Quebec City.

Prof. Lacasse is a multi-instrumentalist: not only does he play the piano, but he is also an accomplished drummer and guitarist. He has been writing piano music since his early teens but only recently decided to propose it to the world. His first album, entitled Piano Evocations, features 13 intimate pieces exploring a variety of emotions in the post-classical style.

I hate the expression “music is a universal language”. This is totally untrue. First, music is NOT a language. I rather believe it is a paralanguage (like the sound we do when we speak outside of the verbal meaning: growls, creaks, hesitations, etc., all these sounds that do communicate emotions). Second, it is certainly not universal: in some culture, there is even no word referring to what we consider as music. There is something in all culture that we may relate to music, but the concept as we see it is restricted to some cultures, not everyone. So, for me, and in the context of our Western culture, music is a means to convey emotions.

Not really…  Unless you consider fantasy as a necessity (which I believe…). Seriously, I believe that music is all about sharing emotional content. From that perspective, music becomes essential, as with other artistic practices.

Well, I’m already doing something else… I’m a university professor (musicology) and love being able to combine scholarly work with musical practice. I also love to be in constant contact with young musicians or young researchers in music, which leads me to your next question.

Actually, it is not so much the audience that is getting old than the musical repertoire! There are at least two problems here: First, what is “classical” music in actuality? This is a rather recent invention that has led to the construction of some sort of an immutable canon. All good music of course, but there is so much more out there! Now I see a lot of young music appreciators going to concert where orchestras are playing film music or video game music. There is also a new generation of musicians and composers (Max Richter, Ólafur Arnalds, Nils Frahm) who are mixing many music traditions. In my opinion, we are slowly but surely going towards an “ageneric” musical world, one in which boundaries between musical genres will be more and more attenuated, if not entirely abolished. The second related problem is more philosophical, more precisely both aesthetical and axiological: There is a strong tendency to attribute value to music according to their generic appurtenance. For example, Heavy Metal music is bad while classical music is good (I’m barely oversimplifying here…). Of course, there is bad metal as there is bad classical music. The question is: who decides that such or such piece is “good” or “bad”? All depends, again, on the criteria we’ll be using to assign value to music. To make a story short, some people may use criteria used in one genre to attribute value to music from another genre. In the case of young listeners, I am under the impression that they are maybe a little closer to their own sets of criteria rather than referring to “readymade” ones. Hence their presence in film music or video music concerts for example; or their more “omnivorous” musical tastes, crossing generic boundaries. This opening to multiple genres is also clearly expressed in music of composers such as the ones I’ve mentioned earlier. So no, I wouldn’t worry at all for the future of what will become tomorrow’s classical music…

I believe I’ve already answered in part this question; but I would like to add that the “role” of music is of course culturally determined and, certainly, multiple. Music has always served different roles: accompanying meals, dancing, relaxing, supporting rituals, etc. As a matter of fact, some of the music that was used for accompanying meals in earlier times, for example, is now played in concert halls. Thus, the roles played by music do change in time, and this is true for any genre.

I don’t believe she needs to be more creative: creativity is part of any human (and even animal) activities. What do change are the tools used (for example, computers), the environment in which music is created (for example, video games), etc. In my opinion, as musicians, we use our creativity for a main purpose: to touch people’s heart. I believe that in order to do so, we first have to create music that will move ourselves. Creativity expresses itself through the ways in which we will attempt to touch people: melody and harmony of course, but also sound design, technology, that is, any means at our disposal (at least as far as I’m concerned).

I believe we simply have to do what we love. Musicians, and artists in general, can be seen as reflectors of a culture, a society. In that sense we simply need to be ourselves, just like the public.

I’ve been writing a lot of musical pieces in many different genres (rock, jazz, electroacoustic, pop, neoclassical, etc.). But I believe that in every single case I am attempting to create a line, a chord progression, a sound (I’m also producing myself) that will touch my imaginary public (starting, as I said before, myself). A good recent example might be “Lost and Found”: I attempted to follow a very simple melodic line but in which every note has its own emotional weight (at least I hope so). Then I built the harmony around it (often it may be the other way around though). The piano sound, and the reverb are also really important: they are part of the “work” (another concept we shall discuss in the future…).

Cinema is a great media that already does expose young people to all kinds of musical traditions. So I would tell them to check who are these composers (Hans Zimmer for example), sound designers, musicians, etc. and see what are their influences, etc. Again, I would be careful not to restrict musical styles: rather I believe in opening up this stylistic Pandora’s Box…

All the time, but as I said, starting with myself. Then close friends/relatives. But I would say that I have a quite good guess when the music moves me.

I’m currently working on a new album entitled Music for Piano and Strings. Some of the pieces are already written and programmed (in my digital workstation), but I’m getting prepared for the production process in our wonderful studio (larc.oicrm.org) located in our Faculty of music, Université Laval, Quebec City. I will be working with talented string musicians and using two amazing pianos. I will also be using recording techniques mostly used in popular music in order to get a very intimate sound (even though the string ensemble will be rather large). I believe that half of the work is the actual recording (but that’s a debate for another interview…). Actually, I just started a crowdfunding campaign for this new project: https://launchpad.artistshare.com/Projects/Experience/1716/2354/preview#/story Thanks. Serge