Opus is the solo project of Sahil Vasudeva that engages in live classical piano, composition, film score, and sound design, based in New Delhi.

Sahil is one of the few musicians in India performing western classical music. He wishes to share the depth and his passion for classical composition. 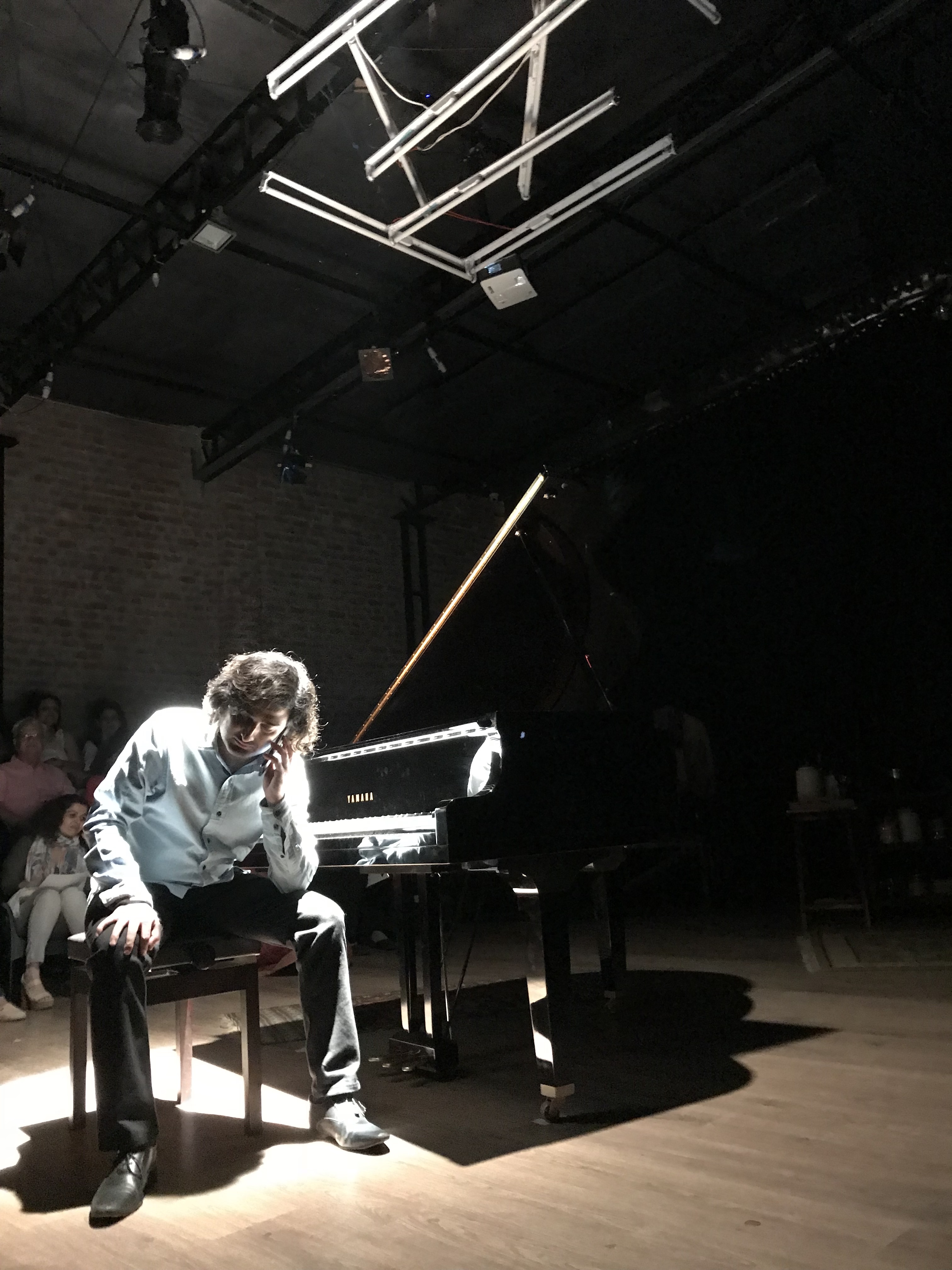 The more I play and listen the more I am getting convinced that it is in fact spiritual.

Tell us about your musical way. How did you become the musician you are today.

My musical journey is quite unconventional - I never thought of becoming a pianist or pursue music as a career. I always played as a child and enjoyed it, but was never serious about it. In fact, my first job was in banking after college and I also worked with the development sector in India for a few years before quitting my job one fine day to apply to business school, but instead was drawn back to playing the piano. 5 years later, I mostly perform solo piano work.

Music also provides commentary on your current reality - at least a lot of my music is shaped and affected by causes and conditions that are around me. It, of course, has the ability to take the mind and emotions into spaces that have been previously unexplored or that which cannot be articulated by film or text.

Do you experiment in your projects?

I have primarily experimented a lot in my projects - India is a very challenging environment for an independent musician and especially for my form, the piano. I really had to try several methods and performance styles to understand the pulse of a listener in India. My mixed media project - The Un-Recital is in fact a product of the experimentation I did for about a year before moving it into a production. It involves interaction with several mediums - theatre, visual projection, photography, light.

You are trying to establish the Western European classical music in India – what are your challenges?

The challenges are on all fronts - infrastructure, education, financial, cultural, social. In short, if there are any challenges you can think of, they would be present in India! An individual has to do a lot just to be able to present their music, and a career as a western classical performer is difficult - if almost non-existant. How many western classical performers do we have who live and perform in the country? The number will be the answer to your question :)

What is the role of creativity in the musical process for you? Tell us about your creative process. What is your favorite piece (written by you) and how did you start working on it?

I am not sure if I totally understand the process yet - it is impulsive and affected by my environment. The world and India is in a volatile condition at the moment - a lot of it is a response to things that I think and care about, and at times, what I feel at that particular moment. A piece close to me is the one that I have shared - It was the first time I dabbled with mixed media, in this scenario, it was photography. It did shape a performance style and led me to look at other mediums and its relationship with my instrument - the piano. The piece‘in the footsteps’ is a collaboration with Russian/American photographer Igor Posner. It was commissioned by Delhi Photo Festival and curated by a friend and photographer, Sohrab Hura.

What do you do to attract audience to your music concerts? How would you do this? Do you think about the audience when composing?

Classical music requires more active listening, if there is a term like that. We live in a world of instagram stories and instant gratification - be patient and do not feel intimidated. There is a lot of depth in classical music.

I am going to release my debut solo piano album early next year and am going on tour with the next edition of my mixed media production The Un-Recital soon!