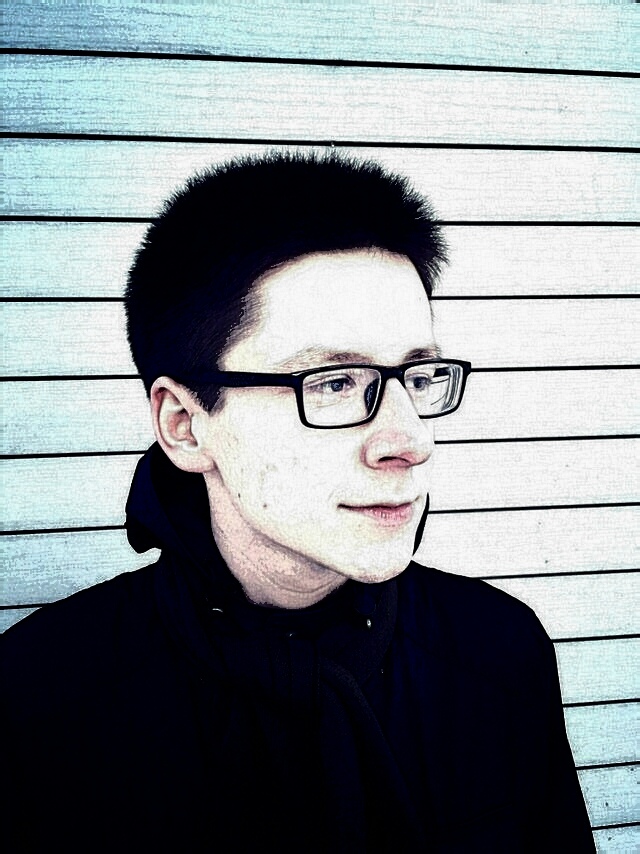 I was born in 1999. Received a standard school education. Then spent one year in the army. It turns out, that it really helps to grow up mentally. Now I try not to lose my mind, preparing for admission to university. Pretty standard teen’s life.

I wasn’t a musical kid. Got the real interest in “classical” music in 14. It was Edgar Varèse, Anton Webern, Igor Stravinsky and Béla Bartók. Started trying to compose with 15.

Music is the best form of the medium for me. Due to its ability of expressing inexpressible and conveying the direct emotions, I’m feeling with it more comfortable, than with any other form of art. For me, the music is the best way of self-expression and self-realization.

Without imagination there’s no real art. But without mastery there is no real art, as well. So I would not distinguish only one component.

I do not consider myself a professional musician. If not music, I would probably writing poems and short stories.

Big transformation had happened in the 20th century. I do not think that it would transmute more in our one. The role is the same: being competent medium between people and the Beauty.

Musicians always should be creative as much as it possible. Without creativity there wouldn’t be any progress. Composer can practice “classical” writing to that extent, when he/she would easily stamp formulaic works with no interest in them. But, with a help of creative power, even these things could become a masterpieces.

It seems, that the youth isn’t interested with a things in itself. More likely, with a brands and labels that things have. So how I can see it: “classical” music should get another reflection in their eyes, re-brands the image. How to get this? Get rid of a false expectations and stereotypes in people's heads. That ones, that places modern “classical” music in the position of pretentious elitist trifle.

Just like Jean Cocteau once said: there’s no “inspiration”, but there’s “expiration”. I am collecting expressions and emotions as a build material. It accumulates like a snowball. Then, when I feel an urge to compose, I just do it. Almost always this feeling leads me in the right direction. Technique is on the background of mind. I’m really caring about integrity of that “expiration” feeling, so I almost always write pieces in one go. My favorite own piece is a set of songs on Sylvia Plath poems. I was having an idea of realizing her works into the music for quite some time. It is all about emotional impulse, that I got from her ‘Ariel’ book. When I started writing, I already had subconscious knowledge of how to deal with it. It’s hard to explain, actually.

Thanks to Frank Zappa, that I started discovering “classical” music. His “propaganda” gained my interest. My first full “classical” experience was Edgar Varèse’s ‘Ionisation’. It converted me. I recommend to start discovering with the music of Debussy, Satie and Ravel. In my opinion, it would be a perfect compromise between modern and comprehensible for the young listeners.

I don't know it myself. I hate to write in the same manner. So I am always experimenting. For me, it is also some kind of education.