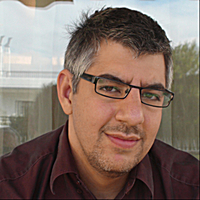 Nikolas Sideris was born in Athens, Greece in 1977. He has been studying music since the age of 5, and holds a PhD in Composition from Royal Holloway, University of London. He received his Masters in Composition from the same university in 2005 with distinction and he also has a diploma in Piano with honors, and degrees in Harmony, Counterpoint and Fugue. His studies in the UK were funded by the National Scholarship Foundation of Greece (IKY).

Nikolas, as a pianist has performed in concerts all over Greece, in cities such as Athens, Ag. Paraskevi, Holargos, and Ioannina, as well as abroad in the USA and Syria. His works have been performed in the UK, USA, Germany and greece and range from small works for solo instruments, to large works for string orchestras. His work Piano Stories for piano, 4 hands won the 1st prize in the Second International Composition Competition "Artistes en Herbes" in Luxembourg in 2013. His work for string orchestra (6-6-5-5-2) Exeliksis won the first prize in the Royal Holloway Composition Competition in 2005 and was performed live the next year in Egham, UK. He's received commissions by orchestras and soloists from around the world and his work The City Under Different Eyes for Solo Piano and Audio Manipulation was featured in an adaptive audio playback software system.

He is also active in the computer games industry, as a composer and sound designer and recently the game that he scored, Privates by Size Five Games won a BAFTA for best Educational - Secondary Game. He co-owns North by Sound, an Audio Production company based in Norway and Greece. 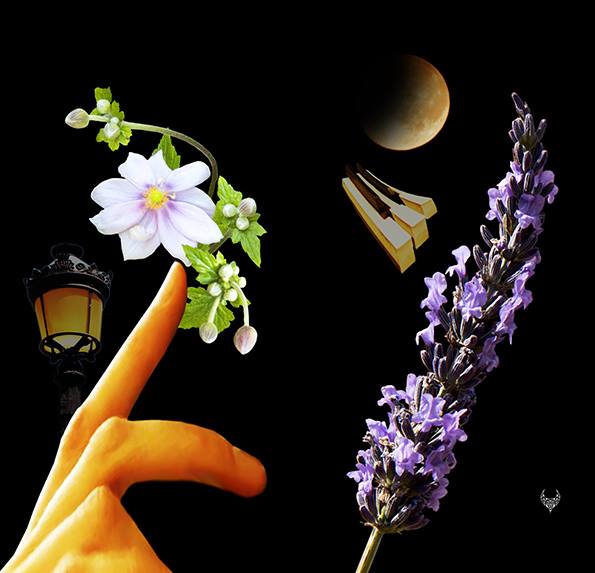 Music is a way to express my inner feelings. To try and experiment with new ideas, forms and harmonic ideas. To try and do something that is missing right now. And I would be dishonest if I didn't admit that I think about music almost all the time.

I'm not sure I understand the question, but if my understanding is correct, then no. I find that music is much more than fantasy, nor it should be confined into a romantic setting alone.

No idea, and to be honest I gave up my university studies in physics, in order to become a musician, so I don't think there would be an alternative.

I'm not old, I'm not feeling old, nor are my students. I don't agree that the classical music audience is getting old, so no I'm not worried in the least. After all, as the owner of a music publishing house, if I did worry, I'd chose a different industry to start a company.

What it's always been. Music can change one mans soul, but it can't change laws, or politics, etc. It is there to inspire, uplift, or drop down, to give meaning to things that words cannot express and to make us resonate with each other.

In order to answer that I'd have to delve into the meaning of creativity and that would be a too lengthy reply to a rather short question. The short answer is that I see in front of me, every day, evidence of amazing creativity, so I don't think there's much more to ask for. Personally, I'm a conceptionalist, so I appreciate all aspects of creativity, original or not.

No reason, as I feel that the younger generation is aware of classical music.

I'm not sure that I'm ready to choose. Over time my feelings about my own music changes. If it was to promote one particular (collection of) piece(s) then I'd say that it's „Piano Stories“, which is writen for piano 4 hands. It won the 1st prize in the Second International Composition Competition “Artiste en Herbs” in Luxembourg, in 2013. The process was a simple one, as I used a combination of pre-existing themes (sometimes 10 years old, or even older) and newer ones, all following the same aesthetic rules.

Just go to youtube, spotify, amazon music, and whatnot and start listening. Anything that strikes you as interesting, or odd, go to google, or wiki, or anything and research on it.

Not really, but I am thinking about the poor performers some times! ^_^

A lot of them, some of which I can't share right now. Our biggest project, as Editions Musica Ferrum, at this moment is the “250 piano pieces for Beethoven”, which was created by Susanne Kessel, in Bonn.