I was born in 2001 in Arizona. I grew up with very musical siblings, listening to them practice all day. I grew up watching Studio Ghibli movies, and I loved the soundtracks. I was inspired by my siblings, and movies I grew up watching to pick up an instrument as well. At the age of 8 I started to play the trumpet. I have been in Band for most my life, and now play in my church's orchestra. Only recently have I picked up music composition (two years ago), through the discovery of Musescore. Although I haven't picked music composition to pursue in college, it is still my strongest passion. And I will continue to compose for the rest of my life. 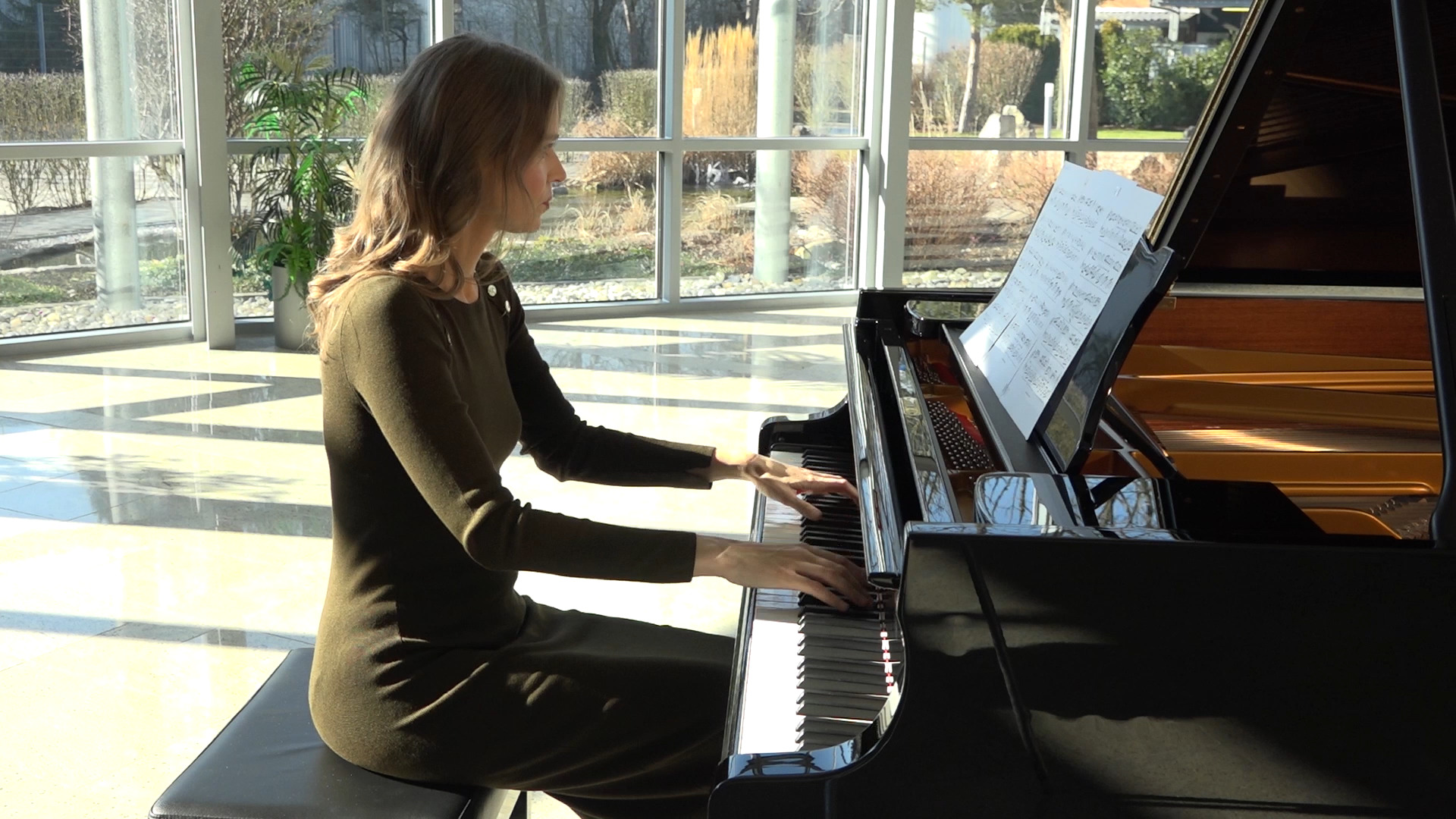 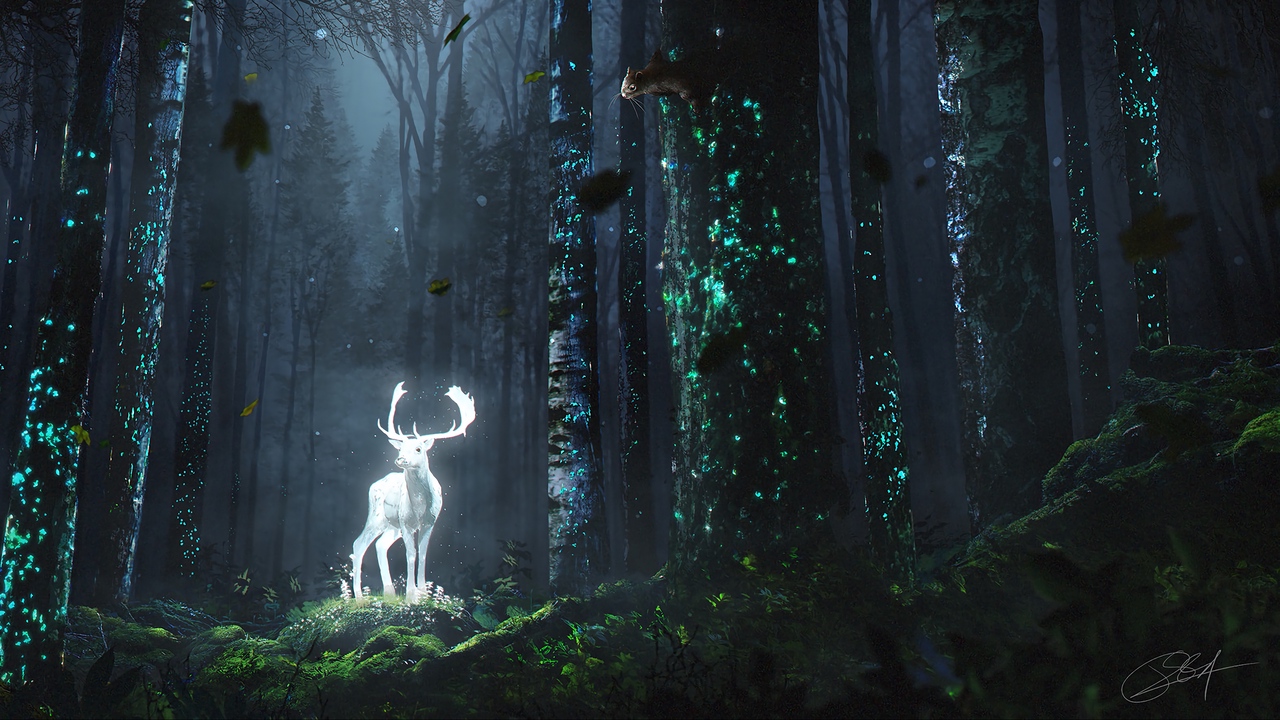 For me, music is a way for people from all walks of life and cultures to bond. It's a universal language that we can all express our emotions in. I grew up with a pretty musical family, at least my siblings were. They would practice their instruments constantly, and I loved to listen. Even though I pretended to be annoyed by their non stop practicing. All my siblings were in orchestra and band, so I grew up listening to a lot of classical music and gospel/hymns. When I was 8 years old, I started playing the trumpet. At first I hated it because I wanted to be as good as my siblings or better right away. But I slowly started to realize that hard work would pay off, and that one day I too, would be in the orchestra. Even though it would take many years. I am now 18 years old, and still playing the trumpet. I play regularly for my church and their orchestra. And about two years ago I picked up music composition, mainly for piano.

Do you agree music is all about fantasy?

Well, though I love music, and it's my greatest passion I'm no professional. In the future I would like to pursue music and continue to grow, but have since chosen to go to take a different route in college.

No, I'm not too worried about that, because people are always getting older, and I think that liking classical music is something that just grows on you as your age increases. I have also noticed the popularity of Synthesia on YouTube especially with my generation. Most pieces are classical, and they have millions of views with great feedback. Movies and shows will also always incorporate classical music. So no, I don't see the classical genre becoming irrelevant anytime soon.

The role of music I see in the 21st century is mainly through movies, shows, and even video games. When Game of Thrones aired for the first time, everyone was humming its orchestral intro, the same goes for Skyrim's soundtrack. A good soundtrack is incredibly important to keeping a movie, video game, or show relevant. I don't see any transformation coming soon, as orchestral music has been utilized in all things for quite some time. When Interstellar came out people weren't talking about the plot, they were talking about the music and how breath-taking it was. Music is a huge part to preserving the legacy of any form of entertainment.

Do you think that musicians today need to be more creative? What is the role of creativity in the musical process for you?

I think that most musicians today are generally amazingly creative. Whether it be through the utilization of samples in pop, mixing, or through amazing lyrics in R&B. It all depends on what genre of music interests you. I know most people hate pop because of simple chord progressions, but some people don't worry about it as much. We all have our tastes in music. Creativity in my process is to create something that sounds original, but modern.

Do you think we as musicians can do something to attract younger the generation to music concerts? How would you do this?

Well, since I am only 18 years old I can definitely relate to this one. Concerts that consist of soundtracks from movies or video games generally have a much younger audience. Everyone my age loves a good soundtrack, and we would even pay to see a concert of one. That's how you could introduce concerts to a younger generation.

My creative musical process includes becoming inspired from other pieces that I love. After listening to a great piece, I myself become inspired to write. My favorite piece composed by myself is "Smell The Roses". The piece was inspired through Joe Haishi (a movie composer) and YIRUMA. After listening to the two artists I just became inspired to write. I don't really know how I started working on it, but I just did somehow, haha. Most of my pieces have a "pretty" mood/vibe in them, which has mostly been inspired from YIRUMA.

Yeah, I would definitely start with watching any type of Synthesia video on YouTube. I don't know why, but something about them is just mesmerizing. Listening to movie soundtracks is a good start too.

Yes, I do. I constantly worry whether is a song doesn't start off strong enough, or is too simple, or short. But recently I have become better of pushing that bad habit aside. I also consider what people want to listen to whether it be a more classical style anime, or cinematic.

I've been composing more and more "anime" style pieces. Although admittedly, I've never seen an anime, I just love the soundtracks in them. I am always experimenting in my pieces/projects. Most of my ideas come from experimenting, it's something that I love to do.