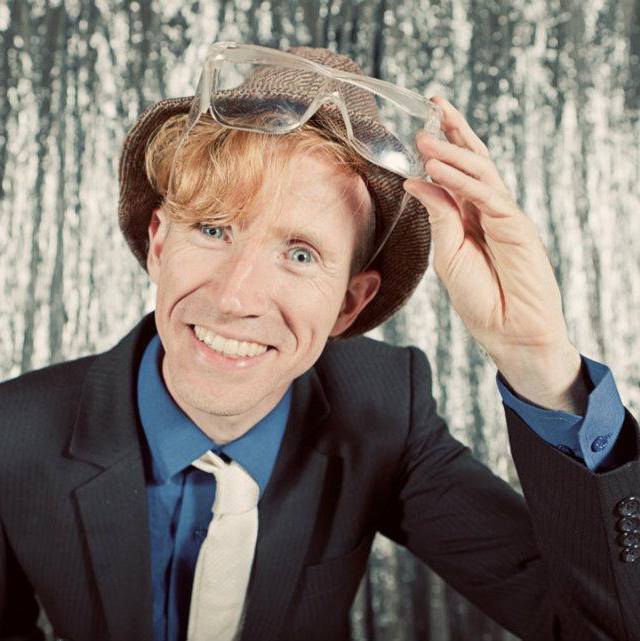 Kevin Kerrigan (aka "KK") is an Instrumental Music Artist and composer who creates music for film, TV and the imagination. He has previously worked with the likes of Bjork, Brian Eno, and James Newton Howard amongst others.

KK's music has featured extensively on TV (HBO, BBC, etc) as well as in movies, and his audio only albums (available here on Spotify) are evocative, atmospheric and soundtrack-like in nature - soundtracks for the imagination.

"The Moonlit Castle" - his latest album is a solo piano album for reflective, night time listening and contemplation.

Everything.. it's a hard question to answer as I've lived and breathed music since I was a child, so it's always been there. It's a kind of presence which is always with you through good times and bad, it gives life a meaning. I don't think I'd feel alive without music.

Yes.. and no. When we listen to, perform, or write music we escape into another secret world which is a kind of fantasy I suppose. I certainly escape into a 'fantasy' when I'm creating music, and this is probably apparent in the work. However, as with any work of fantasy fiction or a dream, there's often some elements of reality which somehow find their way in. For example, I tend to make quite sad music when times are good, and the opposite when bad.. It's like an antidote to reality.

As a young child I liked painting and writing stories. As I grew up however it turned out these 'worlds' were better expressed in music. So perhaps an author, or a visual artist. Or possibly a scientist. I love computers too so perhaps something really geeky. The classical music audience is getting old, are you worried about the future? Perhaps I've been lucky, but my experience is quite the opposite. I find young people are actually the most responsive to new classical music. I think it is something to do with finding calm, focus and beauty in an information heavy / demanding, and sometimes crass digital world. Streaming and smart speaker technology are also helping it (and music generally) find a new audience.

The downside of the current media boom (with streaming TV, internet etc) is that everyone's attention is all over the place. We don't have time to sit with anything. Increasingly music seems to be a way of grounding us all to the magic.

Do you see that there is a transformation of this role?

Yes and no. Music has always had a role of creating an emotional bed or world for us to escape into (be it dancing, just daydreaming and listening, or falling asleep). The new technology (phones, smart speakers etc) however means that we can access these and 'use' music in these ways anywhere we like.

Yes certainly, not only just musicians even, we all need to be creative in today's world. When making music there are a few different forms of creativity in play, for example a piece usually starts for me with some kind of concept or idea. If I could then paint or write down that idea I would, but I can't, so I then go about turning that idea into a piece of music. That process takes much longer - and doing that is half craft (using skills and techniques I've learned over the years) and half catching sparks of imagination / inspiration, which comes at random from the other subconcious side of the brain, and perhaps another universe entirely. Do you think we as musicians can do something to attract the younger generation t o music concerts? How would you do this? I spent a few years early in my career in the world of pop music, which by nature involves a lot of visual 'wrapping' of context around the music (videos, photos etc).. I suppose (in a cool and interesting way) we could make classical music a little more visual like in concerts - not dumbing it down however, more enchancing the experience visually - for example combining it with visual art. I think the faux formality 'dressing up' and other ritualistic aspects of old fashioned classical concerts can put young people off too. This overformality can also mean the emotion and heart of the music can be lost too. It's not just classical music - pop music for example is often so over 'polished' it lacks in emotional heart. The good stuff (in any genre) stands out a mile.

Tell us about your creative process. What is your favorite piece (written by you) and h ow did you start working on it?

Sometimes it's easy.. I'll have an idea (eg a melody) swimming around my head which I'll simply record. Or something might happen when I'm playing the piano late at night. The best of these ideas then get developed into full pieces, and I'll write parts for musicians I know to play on them to create the final tracks. Favorite piece - that's a hard question! It's a bit like naming who your favorite child is - I don't think there's one easy answer, sorry! Every piece meant something at the time. In practice, I tend to enjoy the one I'm still working on most.

Can you give some advice for young people who want to discover classical music f or themselves?

Yes listen to a lot! And give it a good few listens as the best classical music takes a bit of getting used to. Check out or make some playlists of your favourite composers, and stream them when doing other things so it gets under your skin. Listen to film music soundtracks. Go to some concerts in your local city. Take up an instrument.. Jump on a piano and try writing some music.

Yes often, for example when I'm scoring a film the music has to suit that specific film, story and it's audience. Or if I'm making music, for example with my children's music band The Rainbow Collections (with Sophie Barker) we have to get ourselves into the mindset of young kids to make music which appeals to them. With my 'own' music however I don't really think about who/what it's for to be honest, I just make it.

Experimentation is a big part of creation. Not being afraid to break habits and personal scripts and try things and do things differently. Currently, I'm working on a new 'classical' album which is a joy to work on. It might even be ready by now!