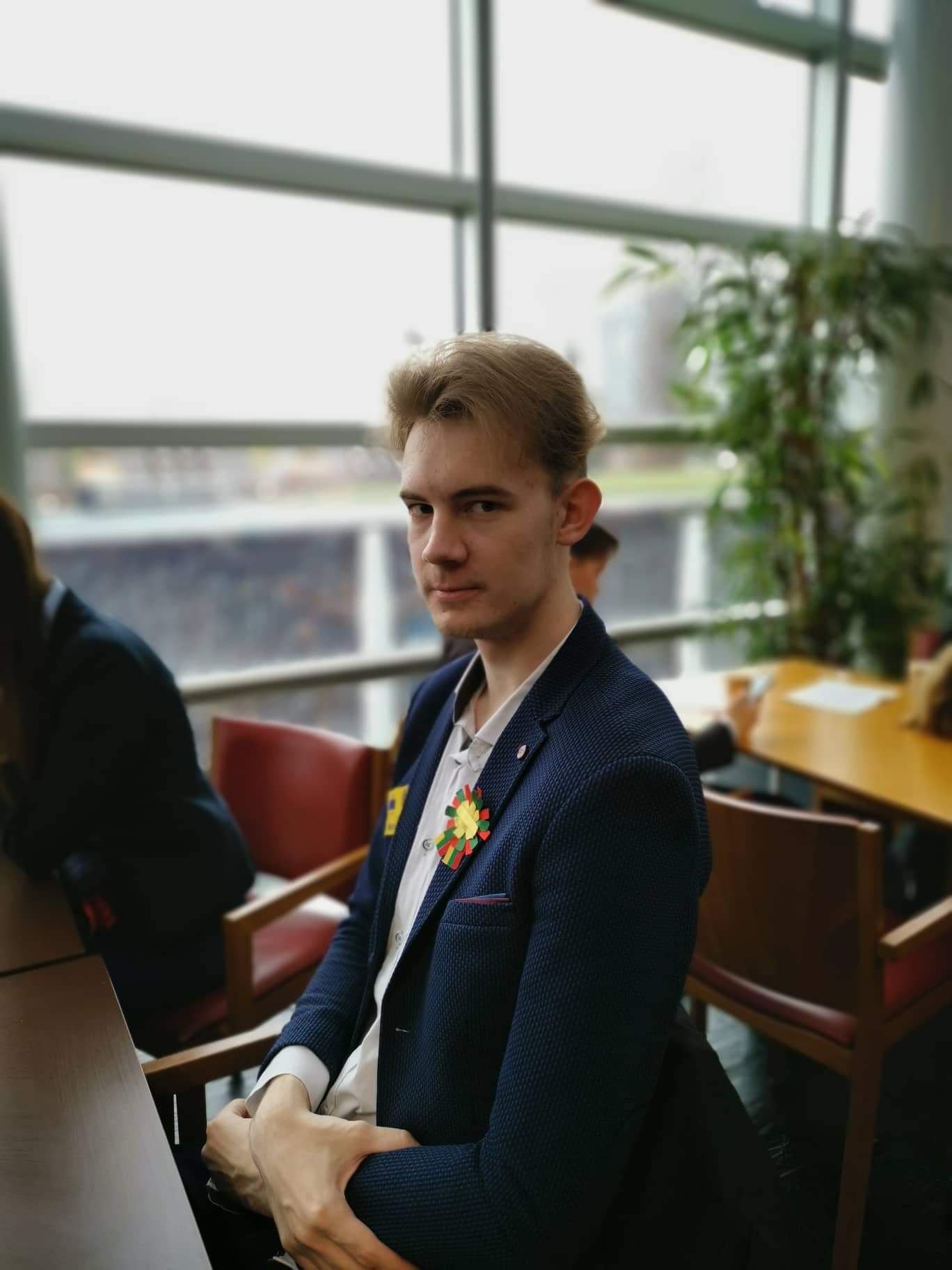 Hi, I'm Justinas, I'm a 17 year old amatuer composer and arranger. I've been writing and arranging music for about 2 years, and more seriously over the last year. I play the piano and I write mostly for it, but sometimes I arrange stuff for orchestra. Most of the things I've learnt about writing music, I have learned from composers like Chopin and Rachmaninoff and everything else from improvising :D I'm not planing on pursuing a career in music or anything, for now it's just a pastime. While I am planning on studying physics once I finish high school.

My favourite genre is classical, I also quite like film scores. I also dabble a bit in jazz sometimes, 'cause why not :D And after watching Bohemian Rhapsody, now I'm also a bit of a rock head, just as an added touch :D My favourite composer is Chopin, but I love all music, no matter the composer or artist.

Music means the world to me. Music, even before I took an interest in it, was a huge thing for me, something I could listen to and unwind with. But after I became interested in it, it became much more, it turned into a creative outlet, not just a consumable in the everyday. In short, it's everything, I couldn't really imagine life without it.

Yeah, in a way I do, both as a creator and a listener. As a creator, you obviously need fantasy to come up with ideas, themes, structures and so forth, but as a listener you should also be creative, because the music a composer writes is like a blank canvas for the audience to project their imagination on to. One person may imagine one 'plot' for the piece, while another will come up with something completely different. So yeah, it is quite a lot about fantasy, in my opinion.

Well, first off, I'm not a professional musician, and I don't think I'll be pursuing that path. But if I was and I had to answer this, I'd say I would be a physicist, I'm currently planning to study physics at university after high school, I've always liked physics and it's a natural choice for me. Or if not physics, probably math, because I love math as well, so it's always a second option.

I'm not particularly worried. I have seen that audiences are definitely on the older side, but there are also many younger people, like teenagers and young adults like myself, that go to classical concerts. So there's still hope for something to change within the demographics. There's still a future for classical music, but it obviously won't come without change.

I think it's role will change. As I've noticed with trends of music in movies and video games, it's definitely leaning towards something of ambiance music, post-minimalistic, like what Max Richer composes. Harmonies become simpler and the main change is through timbre. But I hope later in the century classical music will reach a similar state as jazz has now, where it is quite easily accepted by a quite wide audience of listeners.

Creativity is a big part of a musicians arsenal. But I'd say the fellow musicians that I've encountered have plenty of creativity going for them, it's just that some lack music theory knowledge to built upon that, like voicing and phrasing. For me personally creativity is how, essentially, I get all my ideas from. If it wasn't for that, I'd be sitting on pieces for months on end without creative bursts. Without those random spurs of creativity during the middle of some nights I don't know where I'd be.

I think the main thing that classical musicians should do is to try and be more interactive with the audience. It's an old anecdote, but it's true that the classical musician comes on stage, plays for 30min to an hour, audience claps. musician stands, bows and walks away without a single word. And that need to change. The performer could present the composer, add some humor to make it not as dry and also make it not just about the music, but make it a great experience in general. And that would make a younger audience not as hesitant to go to a concert where you have to have strict etiquette, where you can't clap in certain places, where you can't cough and where you have to be dead silent. An amazing example of audience interactivity is during the concerts of Brett Yang and Eddy Chen, otherwise known as TwoSetViolin. Their concerts are far from serious, but there are a definite start for younger people to get interested in classical and to eventually go to a more serious concert later. But in general their content on Youtube is amazing, making the classical scene and the performers themselves more 'human', by combining it with memes and humor for a younger generation to enjoy. So major props to them. And if I personally had to change something in the concert scene, I'd without question follow their or James Rhodes' example, I can't see another way.

Well, the creative process for me is quite simple. It all starts with improvisation and once I have a theme or idea down, I sit down at the computer and start writing and if I'm not interrupted I'll be like that for maybe 3-4 hours, sometimes 5, and maybe every 20min I'll go back to the piano to check if it sounds okay. And that's really it, I imagine it's like that for almost every contemporary composer, so it's nothing special. My favorite piece by me is definitely my Poem in E-flat 'Lights'. It started as, I said, a random improv that sounded really nice to me. The writing process was literally the exact same as I mentioned and in 3 days I finished it. While the title 'lights' just came to me in the second day of writing. The arpeggiated pattern with the strange polyrhythm really reminded me of driving across a lit up city during the night. And now that image shows up in my head whenever I listen to it. And from what I've heard from other people, it's quite an accurate title.

As I myself only stared listening to classical music around 5 years ago, I'd say the best way to start off is to just go into it slow and steady. Start with the pieces and composers that everyone knows, such as Beethoven, Mozart, Chopin, Debussy etc. Once you get used to that, you can start getting interested in other composers that were contemporaries of the ones you like. Slowly but surely you'll get an understanding of that kind of music. Another way, that I'd recommend now is to watch TwoSetViolin. They introduce music by composers in not a forced way with humor or they'll introduce a piece in a minimal way, that'll get you interested to perhaps hear the full piece.

Not really, well not consciously at least. When composing I mainly think about what will sound nice when performed. So in a way, thinking about how it will sound is me integrating the audiences experience into the composition process. More so, I'll think about the performers needs with a piece, as that is much more important.

I'm currently working on a publishing project with my school to get a catalogue of my works and arrangements published and by the end of the school year have it performed, While I'm planning on working during the summer on a Piano concerto, a mass and maybe even a symphony if I find the time on top many little pieces for piano and other instruments. I experiment all time with my pieces, each new piece is a little stepping stone in my understanding of composition, so with every new piece I try to be as original as possible and I try to find new ways and techniques to make the music that I want.