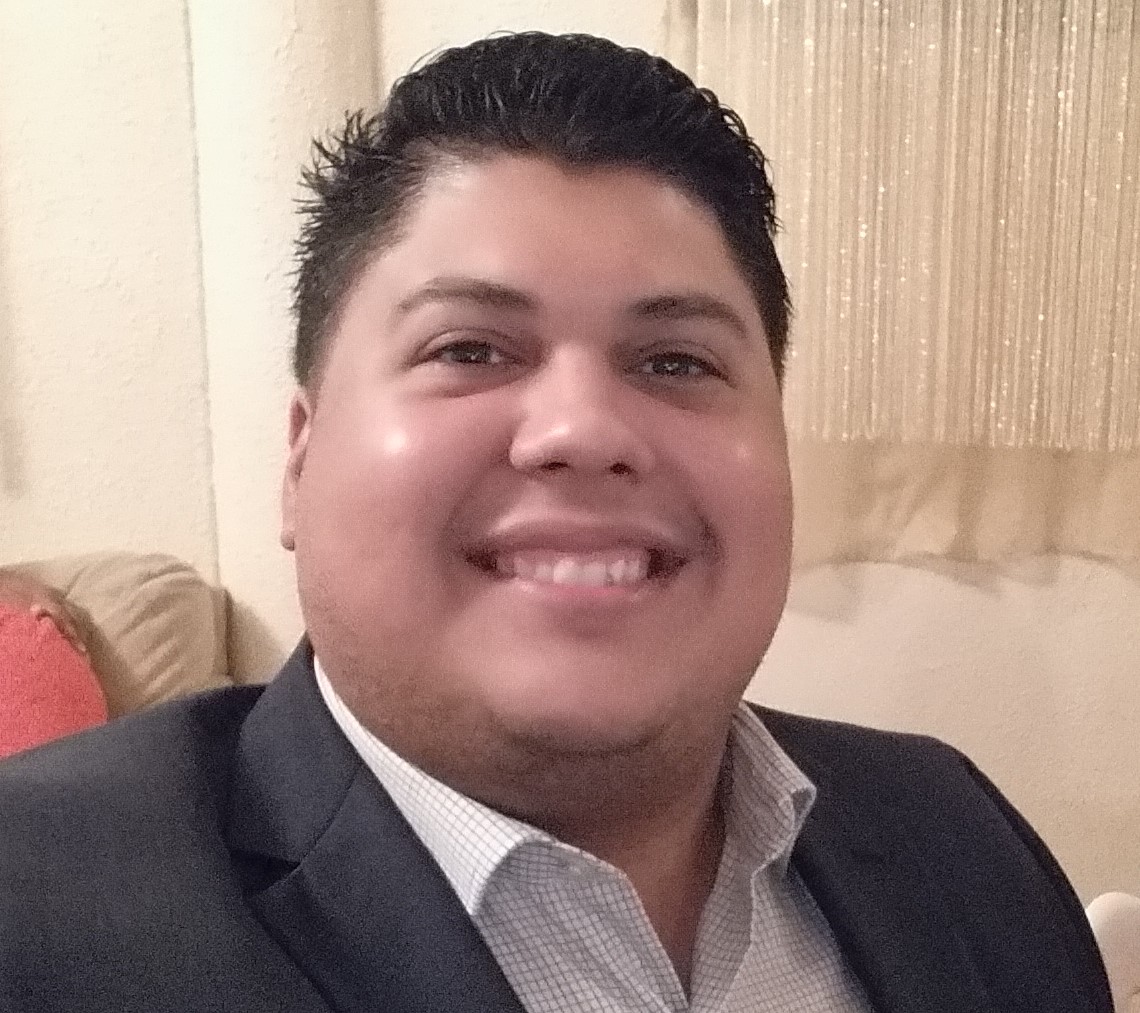 Joel Jantsen Seda Orona was born in Mayagüez, Puerto Rico, on June 17, 1980. Since very little, he showed interest in music, and at seven years old, he was playing by ear melodies he heard on the TV in an old organ his father had got for him. When Joel was nine years old, his father took him to his hometown music public school, the Escuela Libre de Música de Mayagüez, where he made his first studies in piano with César Toro. That's where he fell in love with music.

Upon graduation from High School, he attended the Conservatory of Music of Puerto Rico, where he received a Bachelor's degree in piano performance. Joel later received a Master's degree in Music Education from the Inter American University of Puerto Rico. He has taught music, history and is currently an English teacher, as he considers himself a teacher by trade. He a certified Music teacher and is studying to get certified as an English pedagogue by Puerto Rico's Department of Education. However, music-making and composing remain his first love. He is actively working on new music and dreams to become a full-time composer. 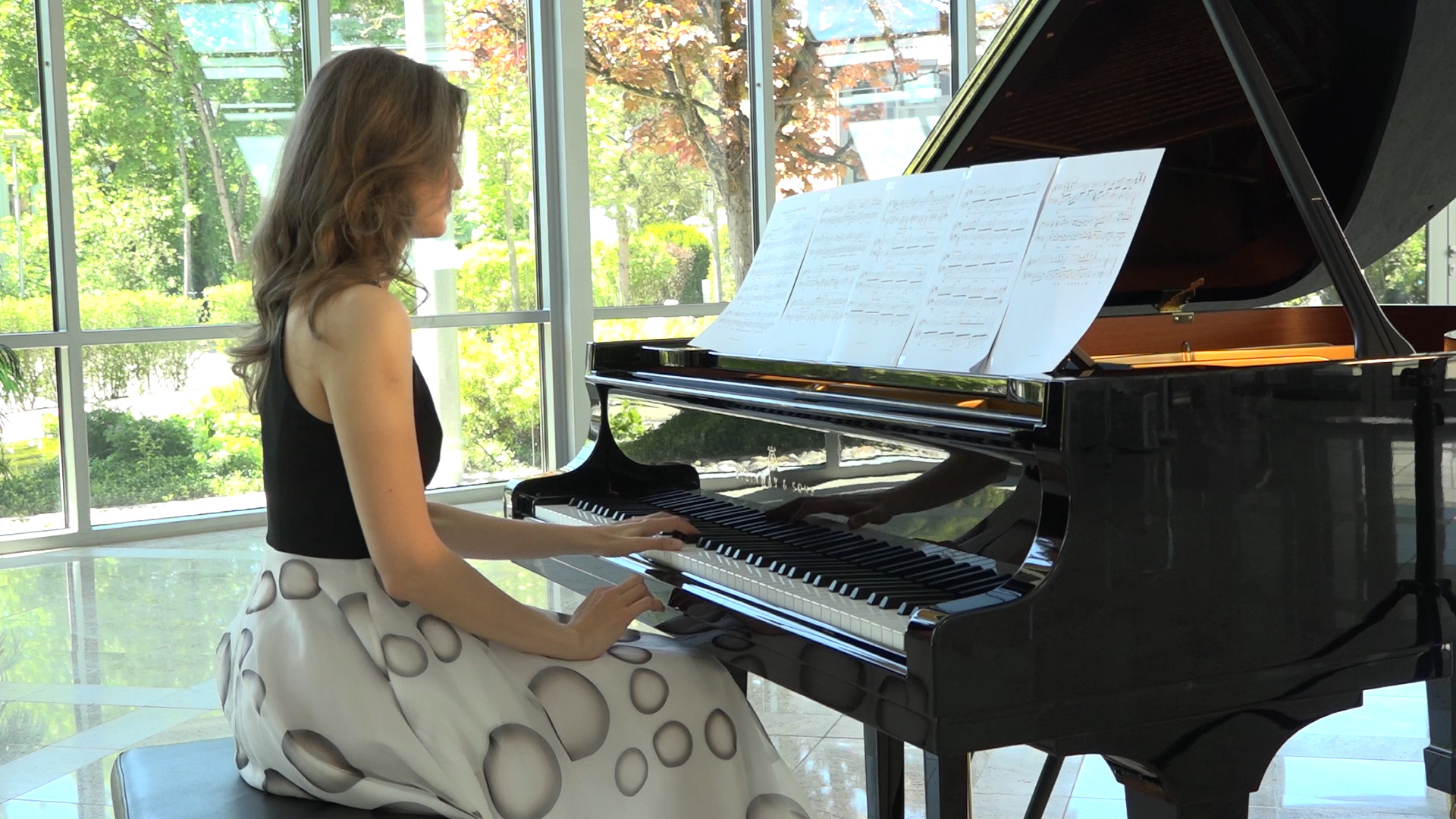 Music is my prima lingua, my mother tongue. I fell in love with it when I was a little child, and my passion for it has only grown through the years. For me, music means love, passion, communication of a higher, and therefore, better kind, and the best form of expressing real emotion.

In the end, yes, but let me explain. Music is always fantastical, but also, it can be founded in reality, because it can be expressing through sounds some hidden truths about real events, circumstances, or feelings. Some people call music based on facts, programmatic, as it follows a "program." However, some people may think that music should be its entity and its reason for being, which is the origin of the age-old Wagner v. Brahms debate, that rages on to this day. I think the sources of the inspiration through which one conceives music may vary -it can come from reality, or it can be entirely fantastical- but the composer processes all of it through the imagination. Therefore, as stated before, in the end, all music is about fantasy.

I would have been a scientist. More specifically, an astrophysicist. (I still want to.) However, I should mention that I am also an English and History teacher.

No, I am not worried at all. I think classical music is still "alive and kicking" because there are certain qualities in it that won't die. It has transcendence, vitality, emotivity, expressivity, and a lot of brains. Young people who find classical music for the first time will, in most cases, do one of two things: reject it entirely or fall in love with it right away. In my opinion, the second is the most plausible because of the qualities mentioned above of the music. I am convinced that Bach, Mozart, Beethoven, and Chopin are still going to be performed and loved 300 years in the future.

What do you envision the role of music to be in the 21st Century? Do you see that there is a transformation of this role?

The role of music in the 21st Century is what it has been since music people started playing music: expression, communication, education, persuasion, and pleasure, both intellectual and emotional. If seen in this light, music is still the same. The forms, the sounds, the rhythms, and the purposes will undoubtedly change, as societies themselves change, but at its core, music remains as true to itself as ever. Having said all of that, if indeed music's role is changing, I think it is more towards the complete commercialization of it. People all around the world are consuming more amounts and varieties of music than ever before. In that sense, music is now one of the pillars of the global economy, which it was not fifty years ago.

Musicians are, by nature, creative beings. However, creativity is relative to the needs of the musician. If one needs more means to express one's thoughts and feelings, then one needs to get creative with whatever compositional or performance tools are available. Or one can invent them. If one needs to make one's music open to the public, one has to get creative and look for as many avenues as possible to publish one's music.

Yes, I do. I think I would do this by taking away so many of the senseless restraints the classical world has put in place for its music. Those restraints are, for example, closed halls, formal dresses, the no-clapping rule between movements of a larger piece, the assumption that they should know what the music is about when they come to the concert, etcetera. We have to bring the concert hall to them.

Tell us about your creative process. What is your favorite piece (written by you), and how did you start working on it?

I usually start with an idea: a melodic fragment, a rhythmic pattern, a chord progression, or a combination of those. I compose rather instinctively, wherever the music itself takes me. However, if I get stuck, like one often does, I resort to my big bag of compositional tools and tricks. Composing for me is like having a child: it gives me lots of pleasure, some pain, and a lot of sleepless nights. Choosing my favorite piece is a bit like deciding if I love my dad more than my mom. I love them both the same! But, for the sake of argument, I'd say my favorite pieces are the current entries of my Opus 3, Esperanza (Hope), and Canción de Cuna para Bebé Isaac (Lullaby for Baby Isaac). I have also to add the third movement of my string quartet. But among them, Canción de Cuna para Bebé Isaac (Lullaby for Baby Isaac) has to be my favorite. About the Lullaby, I started working on it while sitting down at a hospital room with my wife, Yajaira, who is six-months pregnant with our first-born baby boy, Isaac Joel. I Had just finished composing Hope and was still running high with inspiration. It was a fast process from the first notes to the finished product. I heard within myself the first notes, resembling a music box, and the melody soon followed. I wanted the theme to be innocent and child-like. The piece represents my hopes and dreams for my baby. The first section is him, laying on his crib, sleeping peacefully, while I look at him, imagining how his life would be. The sudden key change is a bit of nostalgia in me, as I know not everything is going to be perfect in his life, but I come back to from it fast, as I look at his face peaceful. In the playful middle section, I am envisioning him running around and having fun. The arpeggiated transition is he going back to sleep very tired after romping and jumping. The recapitulation represents him energized after his long nap. The ending is me realizing it's still my imagination because he is still tiny.

Can you give some advice to young people who want to discover classical music for themselves?

I would encourage young people to listen to it with an open mind. They should inform themselves about the origins of the pieces they are looking to, and why the composer did what he did in that particular piece. I would also encourage them to try their hands at music performance and music composition, even if they don't know the musical theory. Babies learn how to speak before they learn why they talk the way they do. It is only later that they learn the skills and acquire the rules for proper language usage. In the same way, young people should go for it when it comes to music. We can teach them how to make a fugue or a sonata-allegro movement later.

I don't, to be honest. I think about two things only: Does it please me and is it playable?

I have a string quartet and a string quintet coming up. I am close to finishing the quartet, but the quintet has a long way to go. I am also working on my Opus 3, which is a set of short piano pieces. I am planning to do a sonata for clarinet and piano, and a set of lieder, but those are still a ways away. I am not much of an experimenter in my pieces. I consider myself an anachronistic composer because I like to compose ear-pleasing music: it has to sound and feel good. I respect those who may believe that modern classical music has to be serialist, atonal, or sound like you're throwing the piano or the orchestra down a flight of stairs. I do not concur with that opinion. I do love fugues, sonatas, large symphonic pieces, short character pieces, and opera. But, again, it has to sound good.