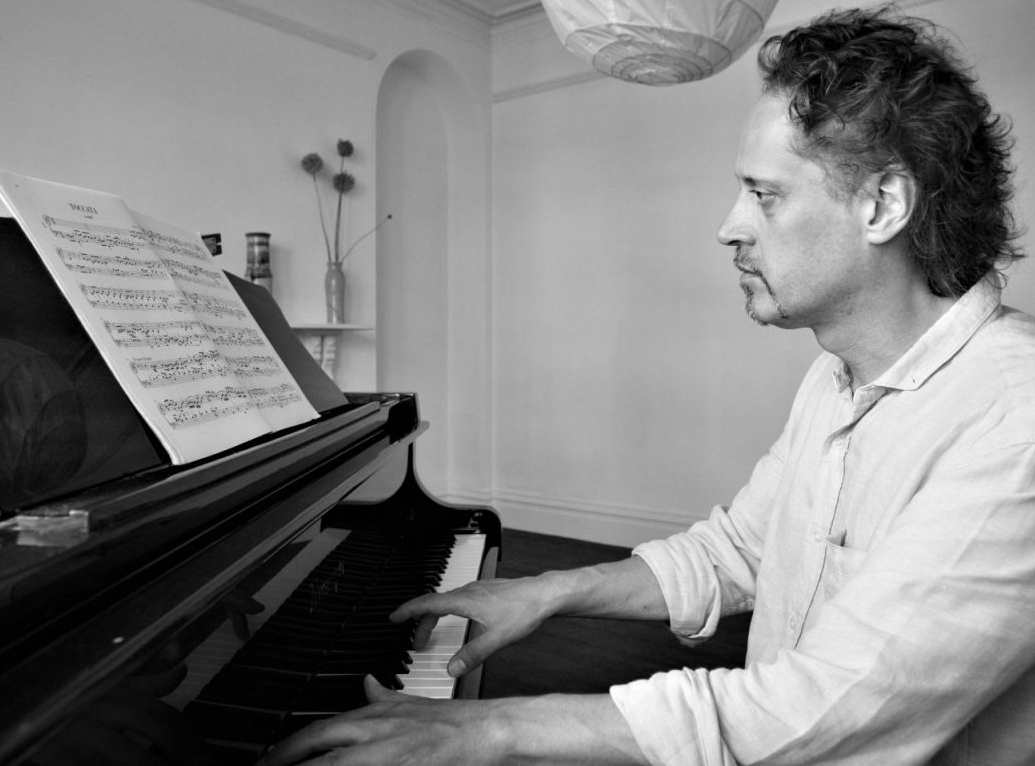 Graham Lynch was born in London. He has a PhD in composition from King’s College London, and he also spent a year at the Royal College of Music, as well as studying privately with Oliver Knussen. Graham’s music has been commissioned and performed in over forty countries, as well as being frequently recorded to CD and featured on radio and television. Performers of his music include the BBC Symphony Orchestra, BBC National Orchestra of Wales, BBC Singers, Orchestra of Opera North, BBC Concert Orchestra, The Eastman Sax Project, Mahan Esfahani, and El Ultimo Tango from the City of Birmingham Symphony Orchestra. He has also worked as an arranger for the Belcea Quartet. His works have been played in venues as diverse as the South Bank, Wigmore Hall, Merkin Hall New York, Paris Conservatoire, Palace of Monaco, at the Venice Biennale, and from the Freiberg Jazz Club to a cake shop in Japan, and everything in between. Graham’s interest in many musical styles has resulted in pieces that reach from complex classical works through to compositions that tread the line between classical music and other genres such as tango nuevo, flamenco, jazz, and café music. These latter works are in the repertoire of ensembles such as Las Sombras, Ardey Saxophone Quartet, Terra Voce, Dieter Kraus, Tango Volcano, La Tin Shed Orquesta, and Faux Pas. He has also written educational music as part of the Sound Sketches piano series. Graham has developed extensive collaborations with performers such as Assi Karttunen (harpsichord), Rody van Gemert (guitar), and Paul Sánchez (piano), as well as with Tom Kerstens and the International Guitar Foundation. This has resulted in many projects, premieres, and recordings. 2021/22 will see the first performances of a number of works, including Sideshow (piano – UK), Couperin on the Road (flute, viola, and harp – US), White Book 3 (piano – US), Absolute Inwardness (piano – US), Dark Sonata (guitar duo – Finland), Hockney’s Shoes (saxophone quartet – Chile), and La Forêt (harpsichord – Finland). Recent CD releases include discs by Assi Karttunen (harpsichord), Rody van Gemert (guitar), the Ellipsos Saxophone Quartet, Mari Mantyla (decacorde), and London Blues 6, performed by Tom Kerstens, was included on a compilation CD put together by luthier Gary Southwell. Future recordings to be released in 2021/22 include a CD of Graham’s piano music (Paul Sánchez, Albert Kim – US), a disc of his guitar ensemble works (The Helsinki Guitar Duo, and others, Finland), and In Arcadia will be recorded in Japan. Graham has been the recipient of funding and awards from many organisations, including the Arts Council, Britten-Pears Foundation, PRS, RVW Trust, and the Lyn Foundation. His music is published by Composers Edition, Tonos Music, Forton Music, and EVC Music Publishing.

For me, music is both pleasure and philosophy, a way of thinking, a way of hearing the world.

Not necessarily, control and structure normally help music to have shape and definition, and then the emotion becomes more powerful.

I really have no idea, an art historian perhaps? Although in my fantasy world I would like to imagine myself as a footballer!

There are challenges facing classical music, that can’t be denied. But classical music audiences have to some extent always been old, at least that’s how it’s seemed to me since I was a child.

It might be a broader question of the role of the arts generally in the 21st century. In the Victorian period in England there was the dispute between the writer John Ruskin (‘art should have moral purpose’) and the artist Whistler (‘art exists for its own sake’). We live in a time in which the arts are often expected to be ‘useful’ in a social and therapeutic way, but I’m more of an ‘art for art’s sake’ person.

The musicians I know who have lively careers are very creative in terms of the presentation of music, the programming etc. I’ve been lucky to have been involved in projects (for example at the Venice Biennale) in which different art forms were combined in exciting ways. It’s certainly a good time to try different approaches out which may help to reach new audiences.

Don’t sell the music out by trying too hard to make it fit into our world of instant gratification. Relating to good art takes some degree of effort, and education is the key thing. It’s important that young people have at least a chance to hear classical music, perhaps through their schools and colleges, and then some may explore further.

I can’t pick a favourite! With smaller pieces I can sometimes finish them quickly, and they turn up in my mind almost complete. But with larger works (and even some of the piano pieces like ‘The Sadness of the King’) it can take months or years to find solutions and the right notes.

Just dive in!! Find something you like and explore further.

Do you think about the audience when composing? No. Only about how the music can communicate.

Every piece is, in its own way, an experiment. I’ve recently been involved in new CD projects, including a new CD of my piano music and one of my guitar ensemble music. At this moment I’m writing more piano music which a number of different pianists will premiere in 2022.