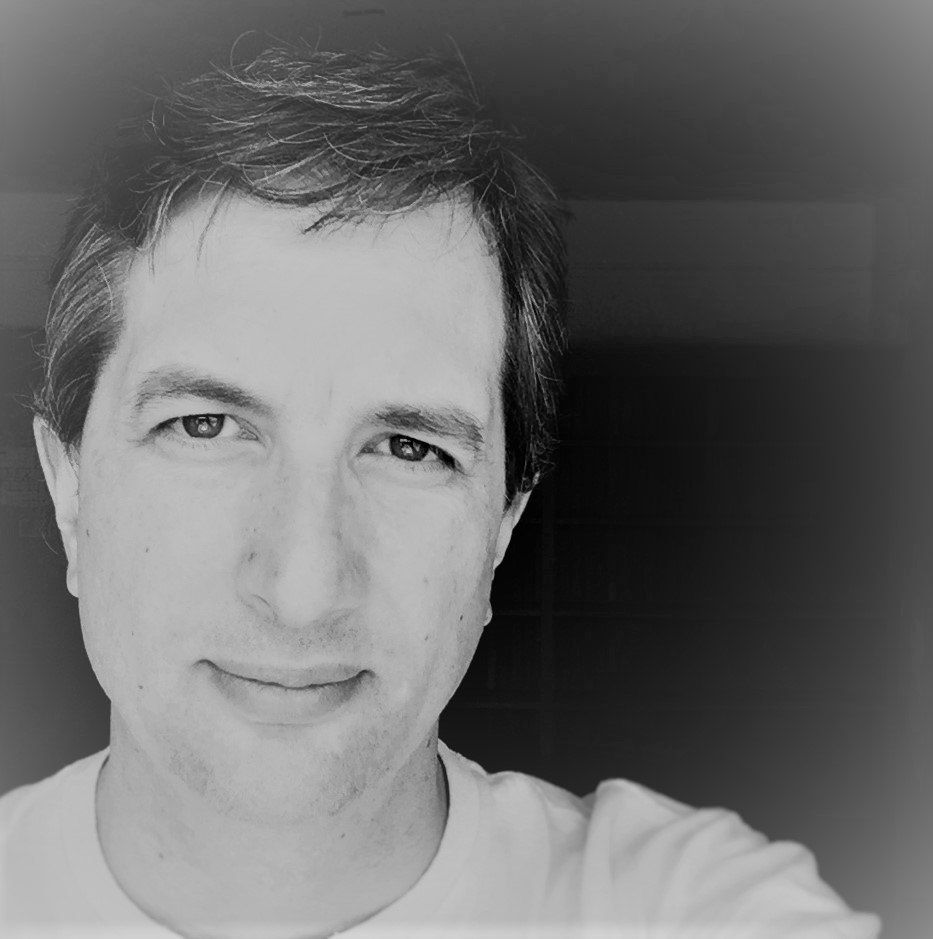 (A distinctive narrative that emerges is the interpolation of incisive melodic and rhythmic episodes, together with moments of suspended and enchanted lyricism.)

“… exceptional command of melody and compositional form. The music…stands head and shoulders above others of its ilk…”

“Whitley composes music of integrity and sophistication that’s also disarmingly accessible—not an easy combination to achieve, even if he makes it sound easy…”

Whitley’s music has been performed primarily in Italy, Russia, and the U.S., by ensembles ranging from Symphony Orchestra to Solo Electric Guitar. Commissions consist of chamber, choral, vocal, and orchestral works. His most recent work, commissioned by Civica Scuola di Musica in Milan, is scored for two guitars, harp, vibes, and two pianos. Bill was born in the Northwest United States, and he received a Bachelor of Arts in 1994 from Gonzaga University in Spokane, Washington where he studied organ, piano, and composition. In 2000, he earned a Master of Music degree in composition at the University of Idaho in Moscow, Idaho; and in 2007, a PhD in composition at the University of Oregon, in Eugene, Oregon.

Bill has studied composition with Robert Kyr, David Crumb, Robert Dickow, Dan Bukvich, and Fr. Kevin Waters; and has had master classes with Lou Harrison, George Crumb, Veljo Tormis, John Adams, and John Corigliano. Whitley has taught at The University of Idaho, Western Oregon University, The University of Portland, and The University of Oregon. He currently teaches Music Theory, Aural Skills, Composition and Piano at Chemeketa Community College in Salem. Bill Whitley’s music is recorded on Teal Creek Music and Ravello Records, and his sacred choral works are published by Trinitas Choral Series.

You can learn more about Bill’s work by visiting billwhitleymusic.com. 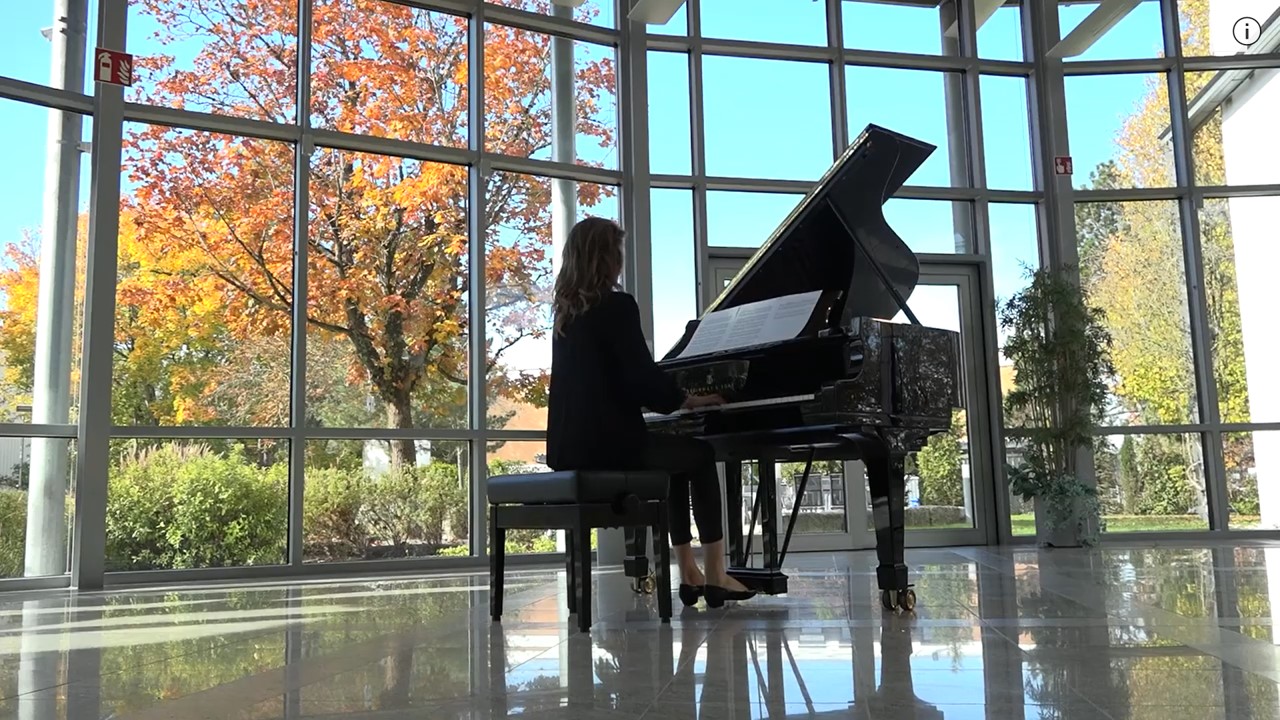 For me, music is my language. I say things most clearly with it. I also hear, and understand best through it. Often I seek it out for solitude and for centering myself.

I think music is more immediate than ‘just’ fantasy. Fantasy can be expressed with music, but for me music is very immediate and physical. I can almost touch it. For that reason, music has very practical applications.

I’m not, actually. I think the usage of classical music will increase. There has been a trend toward streaming of classical music in the recent past, for example. This indicates that, though they may not be attending classical music concerts, young people are listening to more classical music. It is possible that fewer and fewer people in general are attending concerts. Perhaps the future is in virtual concerts. The irony is that the more time audiences spend with music, the more they will crave a sort of intimacy with it. They’ll want more of it in their lives, and in a multitude of new and various ways.

There will continue to be an increase of media types and platforms, and in each case, there will be a need for music. We (musicians) are headed toward a deeper integration with media application for our work. Humans will continue to need music, and as humans and devices become more integrated, the need for music that can be experienced through our many devices will increase.

I believe it is (perhaps has always been) absolutely essential to remain open to our own musical impulses, no matter how strange or ordinary they might seem. Sometimes the things we create surprises us--that’s as it should be. We should care less about how innovative we are--that’s not the same as creativity, though creativity often necessitates innovation. Creativity comes from a place of pure intuition. The medium is wrought with effort, and sometimes (as I say), that requires innovation. But often it doesn’t. It does, however, always requires faith in one’s self.

Younger generations of music listeners want to connect deeper. This sometimes surprises classical players. We wrongly assume younger generations aren’t interested in classical music, when in fact the youngest generation isn’t interested in being kept at a distance. Over hundreds of years of performance practice, we (classical players) have developed an approach that distances us from the audience, with things like excessive etiquette and presentations that come across as snobbery. Simple and direct explanations of what the music is, and how it works would be helpful. Not ‘dumbed-down’, but concise and approachable. We need to make presentations of music more personal and meaningful--not necessarily casual or familiar, but more immediate/direct. In fact millenials are quicker at spotting insincerity than any other. To be able to say anything significant to millenials, and the generation coming, we’ll need to be less “showy” and more real. We will HAVE to (finally) become more authentic.

I start each piece with a pitch collection that sounds beautiful to me. I treat this pitch class set as a mode. Then I *wait*... then melodic lines and fragments, and accompanimental figures emerge. I have no interest in chord progressions. I like them just fine, but I find them too confining for the types of melodic, harmonic, and rhythmic material I want to speak with. What keeps my music together is cyclic structures. My two favorite pieces (of mine) are LILY OF FORCE and AWAKE. Both were written using the same approach (outlined above), and in both there are moments of intensity, of loneliness, and of elation. Each of them are tightly woven, with efficient usage of motivic materials.

I would invite them to go deeper, and hear the structure of the piece. I would encourage younger listeners to not be distracted by the conventions of classical music, that might make it seem like only ‘elite’ people listen to it, or that listening to classical music is ‘elitist’. It’s as down-to-earth as any music. In fact, it’s even more down-to-earth, especially when you see it live. It should be given and received as if it were a respectful conversation between listener and performer.

I definitely do. I think about how important it is that I equip the performer to say something lucid and honest to any audience. No contrivances.

I have a couple of new recordings coming out. One is an EP of two compositions, along with electronic remixes of each composition. This project is called THEN ELEPHANT SPEAKS. The title track is scored for two pianos, harp, vibes, and two electric guitars. The other composition is a new recording of a piece called CIRCLES for solo piano. Both ELEPHANT and CIRCLES are then given experimental remix treatment. I’m eager to share this with the world. It will be released in August 2019. The other is a piece called BONZAI DOWN for symphony orchestra which will be included on a compilation of orchestra pieces. I don’t have the release date for that yet.