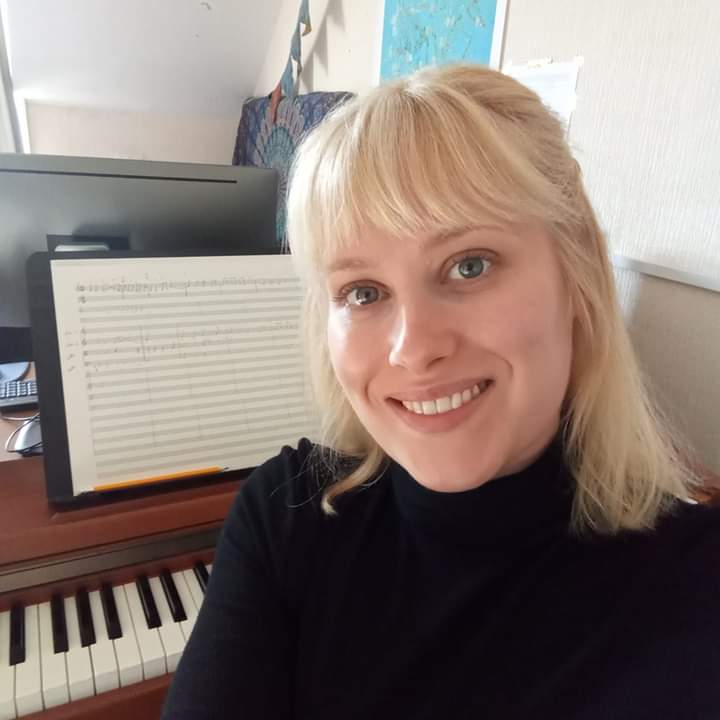 Alex began playing the piano at the age of five but started formal lessons at fifteen. She credits her interest in composition to being largely self-taught in the early years; learning to play by ear and ‘’finding the notes’’ naturally led to experimentation. Later, Alex learned folk guitar and oboe and studied music at the University of Bristol with Professors Pauline Fairclough and John Pickard, graduating in 2009 with a Masters Degree in Musicology, with Distinction. Since then, Alex has built a recording studio at home and, alongside her busy day job, continues to compose for her local theatre, the Wallingford Corn Exchange. Projects have included music for Chekov’s The Cherry Orchard (2015), Shakespeare’s The Tempest (2016), and an orchestral score for Goldsmith’s 1770’s comedy She Stoops to Conquer (2019). Future commissions include the music for a production of Shakespeare’s Twelfth Night (expected 2021). Alex is hoping to pursue a full-time career in composition and is launching a new website in Summer 2020. 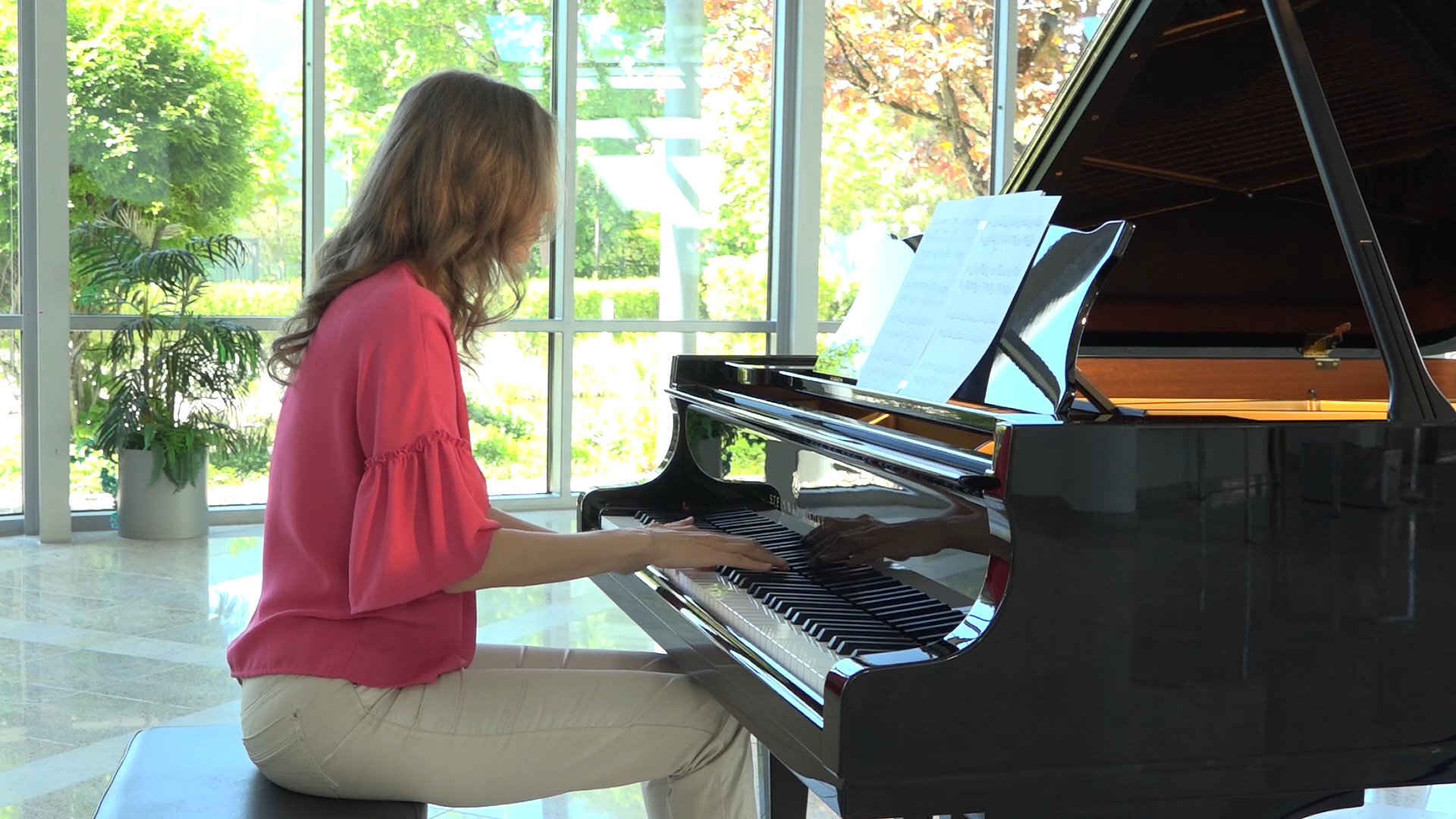 For every important memory I have a piece of music to accompany it. You might call it „the soundtrack to my life“.

Sometimes music is about fantasy and escape, at other times it is complex and intellectual and can have an important polical message. I have a very eclectic musical taste and I think its important for a composer to listen to different kinds of music and keep an open mind.

I wish a was a professional musician. I have to fit composition around my busy office job, but one day I hope to make music my full-time career. Having said that, if I could go back and choose a different career I think I would have have been a potter at a wheel. Making pots must be very therapeutic and I like the idea of creating objects that are both beautiful and useful.

Yes, it’s worrying. I think young people aren’t given enough exposure to classical music, and when they are its not necessarily the kind of music that speaks to them. Its important to expose young people to modern classical music as well as composers of the past.

I think classical music is very much alive in music for films and video games. However, I would like to see a revival of big orchestral music for film, the kind that was popular in the 1960s and 70s. Really good movie orchestration is a dying artform. I hope one day it will make a come-back.

Yes, composers and musicians must be creative and continually strive to innovate. But, to create something of value and stand out from the crowd, the musician needs to have the self discipline to listen to their own work critically.

Young people are socially and politically conscientious. I think its important that music isn’t just an abstract thing, or simple entertainment. If music can be used for good causes like fundraising and raising awareness of social issues, young people will find it relevant to their lives and will be more interested in attending concerts.

I believe I haven’t yet written my favourite piece. I have a melody that I have been carrying around in my head for a long time and keep meaning to turn into something, perhaps a string quartet. As for my creative process, I do most of my composing in my head and on paper. I often start with a small musical idea. I experiment developing it in different keys, speeds and inversions. It’s a painstaking process. I’m not a very good pianist and I quite often write music that I find difficult to play. This has an advantage as I don’t write what I play. Instead, I learn to play what I write. This frees me up to focus purely on creating a good musical idea. I am always delighted to hear my music interpreted by better musicians than myself and I think it’s important for the composer to give up control and allow other people to give the music their own interpretation.

Some of the loveliest recordings of classical and romantic music were made in the 1960s. Vinyl has come back into fashion, so buy a record player, visit a charity shop and find old records. You’ll discover some amazing music and you’ll learn a lot from the sleeve notes too!

When writing music for the theatre I very much think about the audience, how the music works for the scene and accompanies the action. I collaborate very closely with directors and choreographers and have to work very quickly. On the other hand, when I compose for pleasure I write the kind of music I would want to listen to.

My next project is the music for a production of Shakespeare’s Twelfth Night, which will be set in the 1920s. It‘s going to be a big project and I’m really excited to be part of it.